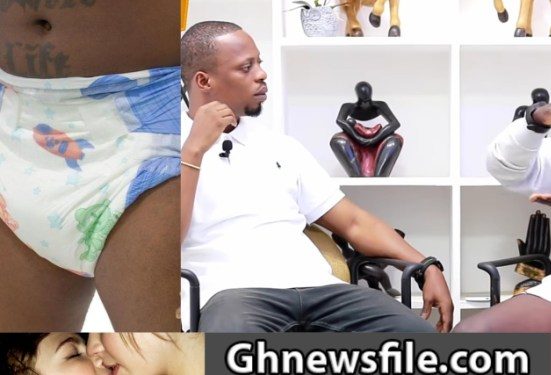 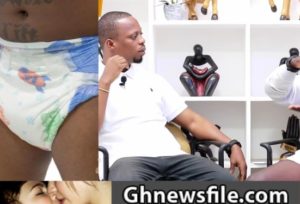 Homos*xuality in recent times became the headache to many countries around the globe of which Ghana is not an exception and this has led to a lot of controversies.

A very nice gentleman known as Nana Tarzan has spitted out some dirty secrets about this act. In an interview with Arnold Mensah Elavanyo on Vibesin5tv, the former [email protected] member narrated how he ended up in the [email protected] community. According to him, he started this act when he was in the Technical school.

“I started way back in Technical school. It’s around Cape Coast but because of one or two things, I don’t want to mention the name” He said.

In the cause of the interview, the host asked the effects it has had on him and according to him, it has affected him in soo many ways. He said he used to wear 3 to 4 diapers everyday and even his anus was damaged resulting in a smelly liquid discharge.

“I used to wear 3 to 4 diapers in a day. My anus was damaged with smelly liquid”, he said.

He ended up saying there are lot of big men in the country who looks innocent but are part of this [email protected] community. According to him, these big men buy people with money in other to have affairs with them. He said he even got a customer who rented an apartment for him at East Legon.

It’s quite abnormal how a man can have feelings for his fellow man. We are still confused whether this act is spiritual matters or mindset. No one knows.

Catch the full interview below;