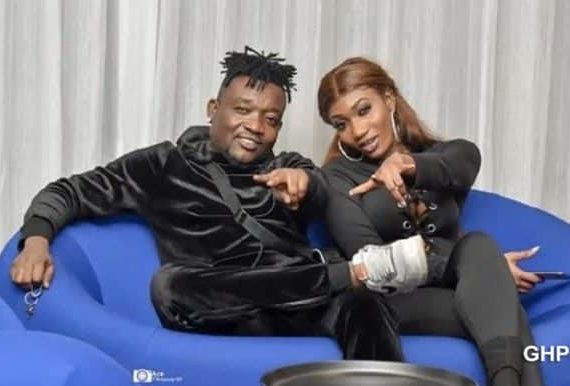 Rufftown music signee Wendy Shay and her CEO Bullet have been accused of song theft by an artiste identified as Dry Bones Africa.

According to him, even though Wendy Shay is the one who sang the song, he has no problem with her but rather with Bullet.

Speaking with Kofi Tano in an interview, he revealed that the song was originally for him until Bullet rewrote it for his artiste.

Sharing more lights on his accusation, he explained that Bullet has been his friend from way back and they did things together.

He continued that Bullet has been coming to hang around with him in his barbering shop where he used to be playing his songs for them to enjoy.

He said: “Bullet has been my friend for many years, since the 90s. He used to come to my barbering shop and we did almost everything together”

“I don’t have any issue with Wendy Shat but her boss, Bullet from whom she takes orders.

Shortly after the release, one hibernated Ghanaian artiste who bears the name Kay Wusu has come out to voice that he’s the original composer of Wendy’ new jam, however, his own was titled “Asore” but with the same lyrical composition.

According to Kay Wusu in an interaction with the press following the brouhaha, Bullet who happens to be Wendy Shay’s manager contacted him after the song was recorded but didn’t finalise on any financial terms or whatsoever.