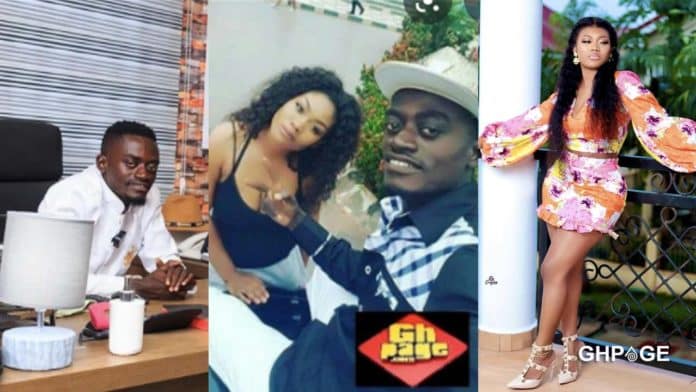 Kumawood actor Lil Win lost his cool in a recent interview after a blogger asked about his current relationship with actress Sandra Ababio.

We all know the two some time ago used to be very close with rumours even spreading that Lil win had snatched Sandra from his musician friend Guru who was by then dating her.

Along the line, the two were no more seen in the company of each other again making people ask questions if all was okay between them.

A few months ago, Sandra Ababio during an interview revealed she was never in a relationship Lil Win.

According to her, Lil win has never seen her pant before and moreover, the actor is married to his new wife who stays abroad and even has kids together.

Lil Win was spotted at a funeral ground and during an interview, an interviewer decided to question him about Sandra Ababio.

The comic actor who couldn’t come to terms with the question being asked by the interviewer bashed her and telling her not to ask him stupid or foolish questions during interviews.

He continued that instead of asking questions of that nature, she should rather ask sensible questions and wait for him to give out a better answer just like her other colleagues and not questions about Sandra.

Lil Win explained that questions about Sandra won’t bring anything to him and as such he won’t waste his time to answer such questions.

He concluded that people can say all that they want to say about him, he won’t respond.