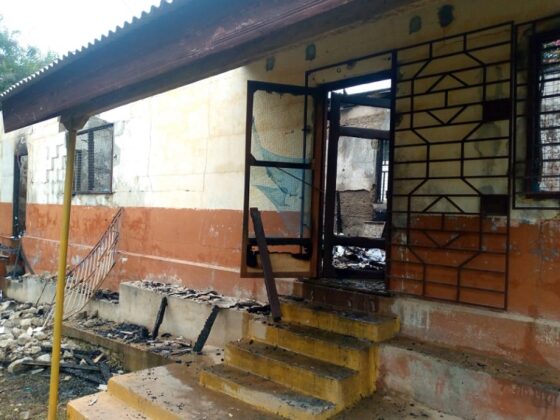 Fire has gutted part of Saltpond Government Hospital in the Mfantseman Municipality in the Central Region.

The fire gutted four rooms that contained drugs and files of patients and in the process consumed everything making it difficult for the hospital to get drugs for the patients.

Reports say it took the Fire Service several hours to get to the incident scene and douse the fire.

Speaking in an interview with Kasapa News Yaw Boagyan, the Administrator of the Hospital Dr. Paul Agyakwa said he suspects the fire was caused by an electrical fault as the wires used on the building are old which needs to be replaced.

He, therefore, appealed to the government, MCE for Mfantseman, Kelly Essuman, and the MP for the area, Ophelia Mensah Hayford and NGOs to assist them with drugs and other materials.

The case has been also reported to the Saltpond Police for an investigation.