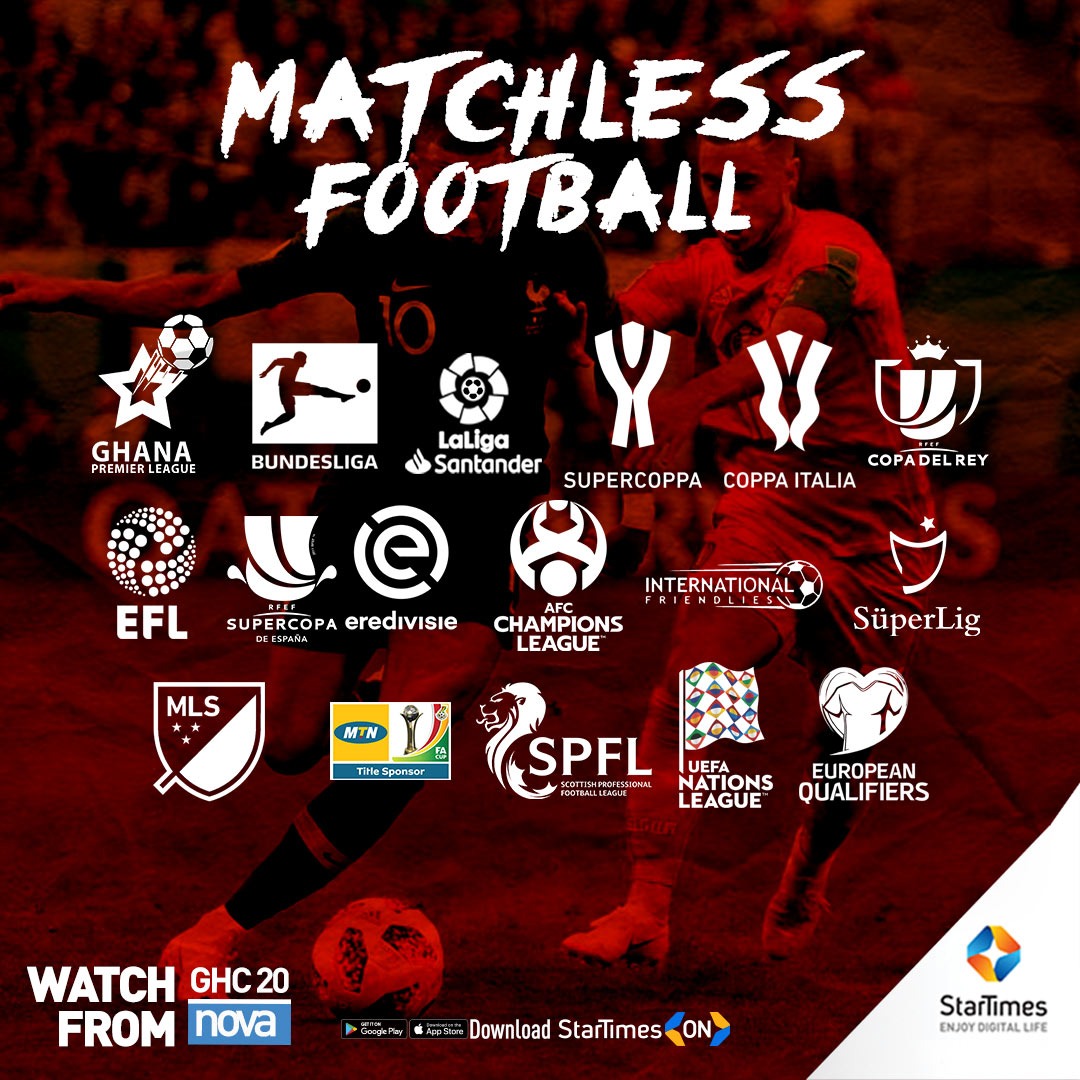 La Liga awaits a new season of level grounds as coach Ronald Koeman puts up a title-challenging team for Barcelona who welcomes Real Sociedad to the Camp Nou on Sunday for their season-opener.

Bundesliga will surely come to life exclusively on StarTimes with another chase for glory as Dortmund’s Erling Haaland battles Bayern Munich’s Robert Lewandowski for top scorer honours.
Bayern Munich will start off with their title defense against Borussia Monchengladbach while Dortmund kick-off against Frankfurt.

The Coppa Italia will commence this weekend Friday, 13th August as Cristiano Ronaldo and his Juventus pursue another title challenge.

The various European teams will also be gunning for a place at the 2022 FIFA WORLD CUP. StarTimes will offer live coverage of the European Qualifiers as top players including Harry Kane, Pogba, Kevin De Bruyne, Kai Havertz, Alvaro Morata, Modric all gun for success at national team level.

Fans of French football can also catch one game per week and a glimpse of their favourite players like Lionel Messi, Neymar, Mbappe, Kamaldeen Sulemana every Friday night in the live coverage of the French Ligue 1 on StarTimes channel #639; TV5 Monde.

With the new football season set to kick off this weekend from Friday 13th August, StarTimes has unleashed a DOUBLE-UP promo package for subscribers to enjoy more viewing experience.
Effective 16th August, 2021, existing subscribers are required to pay for two months Super Bouquet subscription to enjoy 10 days free extra viewing as the new football season beckons with much to desire.

“We appreciate the fact that Ghanaians love sports, and we keep pulling all strings to get them the World’s Sports events.”

“We also intend to offer our existing customers the chance to enjoy more viewing experience for free in our Double-Up promo. StarTimes won’t relent in efforts to keep offering sports lovers the best from the world of sports.” Said, StarTimes Ghana head of marketing, Mrs. Akofa Banson.