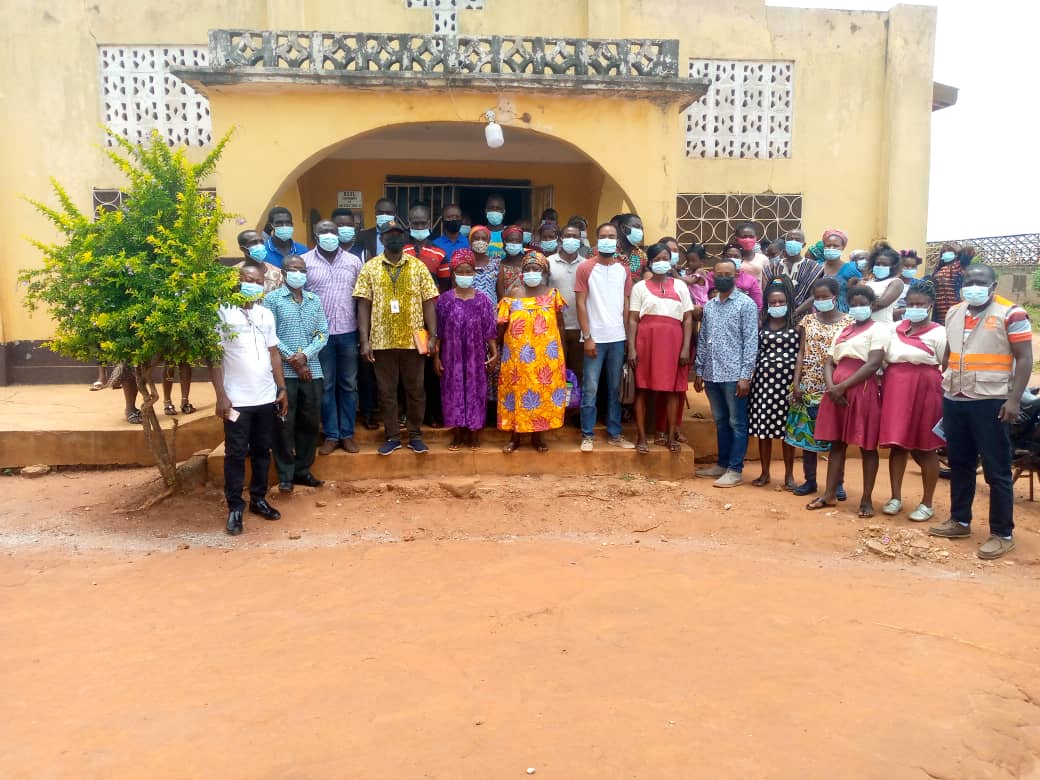 The Project Coordinator of Yensore Programme at CARE International in Ghana, Mr Zakaria Yakubu, has admonished Wacam groups in Nkoranza North and South in the Ahafo Region that they are better and stronger as a group.

He, therefore, called on them to guard against allowing companies such as Ghana National Petroleum Corporation (GNPC) and Newmont to divide their front.

Mr Yakubu made the call when CARE International in collaboration with Wacam visited Donkro Nkwanta in the Nkoranza South District in the Ahafo Region on Wednesday, August 11, 2021.

The visit formed part of CARE International’s five-day monitoring visit to mining communities in the Ahafo Region and parts of Western Region.

Earlier, the team visited Busunya in the Nkoranza North District. 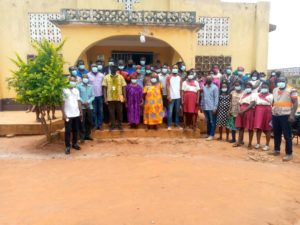 The CARE International project coordinator said he was particularly impressed with Wacam’s mobilisation strategy in the various communities.

“I have visited and witnessed for myself how Wacam is working in these communities. And today we have been to Nkoranza North and South, and my observation is that there is good mobilisation of community members by Wacam in the various mining communities in these two districts,” he noted.

Furthermore, what also interested Mr Yakubu was his observation that the Wacam groups were very “active,” knowledgeable and “passionate” about issues that affected their wellbeing, hence giving the credit to Wacam for its efforts in the communities.

“I noticed that they always made reference to Wacam, meaning that Wacam is really working with these groups in the communities,” he said.

In this regard, he encouraged the various Wacam groups to spread the knowledge gained through their activities to other communities.

This, he said, will help build the capacities of those communities and empower them to know their right.

Continuing, Mr Yakubu praised Wacam for partnering with the media in bringing the grievances to the attention of the powers-that-be for action to be taken.

He reiterated the need for them to continuously practise the Covid-19 protocols such as the regular washing of hands and wearing of nose masks.

He said this will help prevent them from contracting the malignant Covid disease.

For their part, the Wacam groups in both Busunya and Donkro Nkwanta were full of praise for Wacam and its partners including CARE International.

However, they underscored that having become well-informed they were ready to take on any company that will make any attempt to undertake mining and oil exploration on their lands.

Related Topics:Don’t Allow GNPCNewmont To Divide You! —Wacam Groups In Nkoranza South & North Urged
Up Next