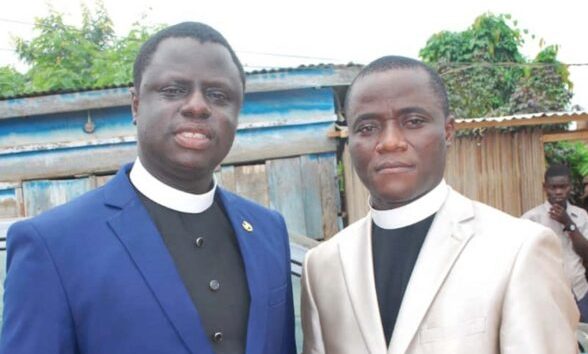 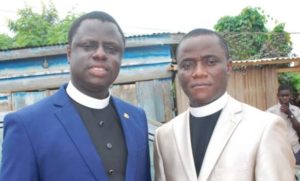 A gang of six armed suspected robbers on Monday evening attacked commuters on the Patase stretch of the Asamankese-Topease highway in the Eastern region.

Victims of the incident included two pastors of the Asamankese Area of The Church of Pentecost – Pastors Eliezer Yaw Arkoh-Larbi and Victor Asante Ayim. An Elder and a Deacon of the church were also attacked.

The highway robbers barricaded the road with pieces of blocks and firewoods.

The robbers wore reflectors and used a torchlight to stop their victims under the guise of being police officers.

They first attacked and robbed motor a rider and pillion off their mobile phones, held them hostage, and added their motorbike to the barricade.

The robbers subsequently intercepted a Rhino truck and robbed them at gunpoint as well.

A Toyota corolla which was coming from the opposite rammed through the barricade hitting the Rhino truck, causing damages.

The robbers succeeded in robbing them too of their phones and a cash sum of GHC 12,500.00.

A taxi driver who noticed the robbery reversed but the suspects chased and shot at the car indiscriminately. He however managed to escape the scene but crashed into a valley about 40 meters away from the scene.

The robbers fled before the arrival of the Police patrol team.

Surrounding bushes were combed by Police but no arrest was made.

The Police patrol team found a damaged Royal motorbike, an unregistered Toyota Corolla LE and an empty shell of AAA cartridge at the scene.

He said investigators are on grounds picking vital information that could help arrest the suspects.