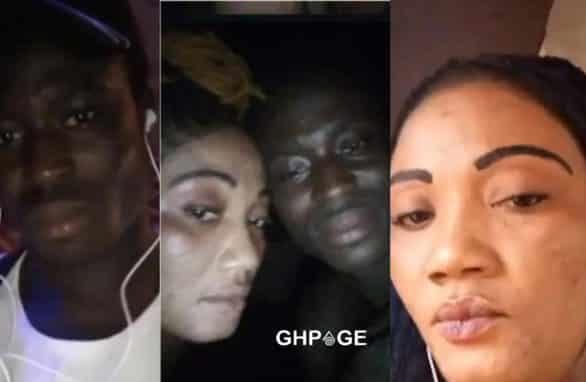 An angry boyfriend has killed his girlfriend in Obuasi in the Ashanti Region barely 48 hours after a policewoman was found dead in a hotel room at Nkawkaw.

The man who is 24 years old according to reports murdered his 35-year-old girlfriend after he found a s3x video of her and another man on her phone.

The reports explained that the young man was sleeping together with the girlfriend when she excused herself to visit the washroom.

The young man used that as an opportunity to snoop around her phone to see what she does in his absence. That was when he found the s3xtape.

When he confronted the lady, she demanded her phone and a fight ensued between them which led to the untimely death of the lady.

The young man after killing the lady called a taxi driver to help him carry her body to the more. Suspecting foul play in her death, he reported the case to the police leading to his arrest and confession.

Listen to the narration of the story from UTV Below

May her soul rest in peace

Kofi B was killed by a musician – Eagle Prophet