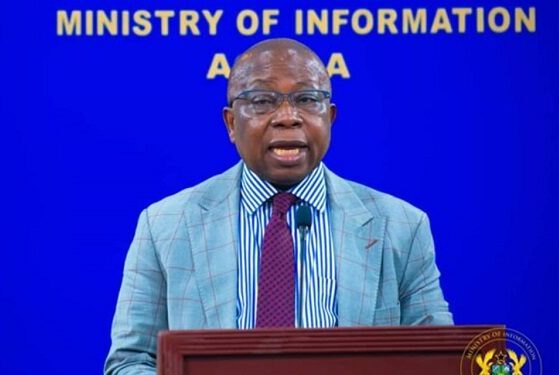 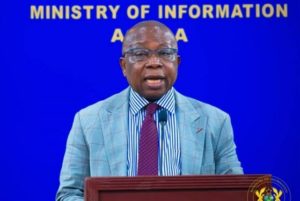 Health Minister Kwaku Agyemang-Manu has formally written to the Sheikh Ahmed Dalmook Al Maktoun, a member of the ruling family of Dubai, United Emirates for a refund of the excess money paid in the botched sputnik V contract.

In a letter dated 2nd August 2021, Mr Agyemang-Manu said “I wish to formally accept your termination of our agreement fate 9yh March 2021 for the supply of Sputnik V vaccine as per letter number ADM/LT/GHA/00/21/101 Dated 14th July 2021.

“By this letter I also wish to formally request for the refund of the remaining amount for the non-supplied doses which should be the total amount paid to your office minus the amount due for the 20,000 you already supplied in line with your earlier email dated 25th July 2021 in which it was affirmed that on the 13th April 2021 funds were transferred into your accounts as 50 per cent advanced of the initial batch of 300,000 doses.

“This request for refund is in line with clause 8.2 of the agreement which states that “any termination of this agreement which shall be by notice in writing to the other party shall not affect any rights, remedies obligations or liabilities of the parties that have accrued up to the date of termination.

“It would be very much appreciated if the amount is transferred back into the sending bank account as per the earlier swift advice dated 9th April 2021.”

The Afenyo-Markin-led Parliamentary committee that investigated the Sputnik V vaccine contract recommended in its final report that the Ministry of Finance should take steps to recover the money due the Republic in respect of the amount of US$2,850,000.00 (Cedi equivalent of GH¢16,331,640.00) being the cost of the Sputnik-V vaccines that were proposed to be procured.

The Committee says it found that the Ministry of Health did not seek approval from the Board of Public Procurement Authority (PPA) under Sections 40 and 41 of Act 663 before signing the Agreements.

The Ministry however, applied for ratification under Section 90(3) (c) of the Act. Which has still not been granted.

The Committee also found that PPA has not concluded its investigations into the matter.

The Committee found that the Ministry dealt with the Private Office of His Highness Al Maktoum and S. L. Global. The two entities were appointed by the Aurugulf Health Investment (Abu Dhabi, United Arab Emirates), to be both Agents and Distributors of the Sputnik-V COVID-19 Vaccines in Ghana. Clearly using middlemen for the purchase and distribution of the vaccine.

The Committee found that the amount of US$19.00 was the agreed price of the vaccine under the Ministry’s Agreement with Al Maktoum and US$18.50 under the

Agreement with S. L. Global which was originally $26 per dose.

The Committee found that the ex-factory price of the Sputnik-V Vaccine was US$10.00.

The Minister explained that the prices achieved under the two Agreements included the cost of documentation, shipping, packaging, logistics and expenses in relation to transportation of the vaccine from its place of origin to Ghana.

The Committee found that the Ministry entered into the two Agreements without cabinet approval but only based on a Ministerial decision, having regard to the advice of the COVID-19 Emergency Operating Committee.

Based on the afore-mentioned findings, the Committee recommends as follows:

Issues Relating to Article 181(5) of the Constitution

The point must also be made that, even if it was an emergency, the Minister should have found time to communicate effectively and engage with the Committee on Health.

The extensive engagement would have saved the Ministry from the negative reactions from the citizenry and some Members of Parliament.

The Committee therefore recommends that, in future, any such transaction, whether local or international, be subjected to broader stakeholder consultations and should be taken through due process of law including Parliamentary approval. Other Ministries, Departments and Agencies (MDAs) should take a cue from the recommendation, not only in the case of Agreements but also on issues relating to policies and programmes to be implemented.