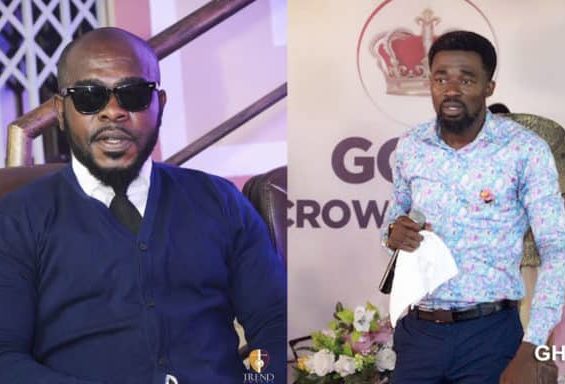 It’s been over a year since the demise of highlife musician Kofi Boakye Yiadom popularly known in showbiz as Kofi B.

The musician died in Cape Coast after he allegedly suffered a heart attack and was being rushed to the hospital for treatment.

Kofi B together with his colleagues Kofi Nti had gone to the region to perform at an event being organized by one of the chiefs in the area.

In a new development, the founder and leader of General Overseer and the Founder of God’s Crown Chapel Rev Reindolph Oduro Gyebi popularly known as Eagle Prophet has revealed that the ace musician didn’t die a natural death.

According to him, long before the death of the musician, he prophesy to him after they met in Kumasi but the musician took the prophecy for jokes.

He said: “I prophesied about the death of Kofi B when he came to my program with Someso with Jak Alolome but he took the prophecy for granted”

Speaking in an interview with Ike De Unpredictable, he explained he couldn’t save the musician because he failed to listen and also follow his directions.

I couldn’t save Kofi B because the directions was given to him to work things out to save his life but he failed to do what God directed me to tell him.

He didn’t die a natural death as people think. When the prophecy came about the death of Kofi B, he was in my church and I gave him all the directions he could do to destroy what they planned,” Eagle prophet revealed.

He continued: “In showbiz, some people sacrifice their colleagues to pave way for them to come to the limelight.

When I heard the death of Kofi B, in fact I cried that day because he failed to listen to what God through me told him to do. Even today when I listen to his music, I find it difficult to control my tears”.

What do you make of his comments ?

VIDEO: 24yr old man kills his 35yr old girlfriend after he saw pono video of her & another man