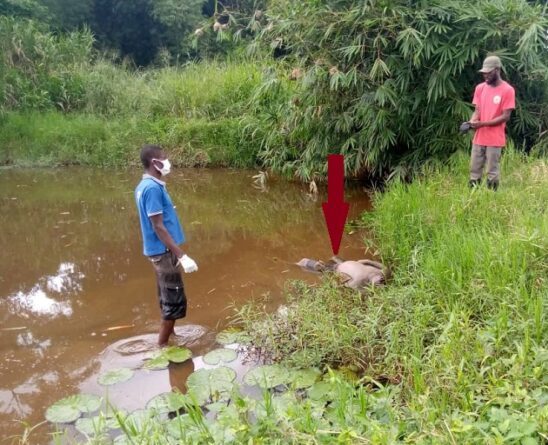 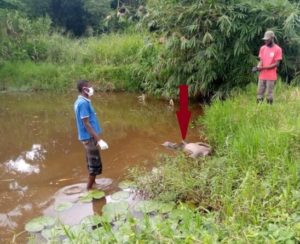 An inspection of the body shows a cut on his head and blood oozing from the eyes.

His co-workers claimed he hasn’t reported to work for the past 3 days and seeing his lifeless body in a river was a surprise to them.

They said he was employed seven months ago and was regularly at work but they were told Sunday morning that he had gone missing so thought he had traveled only for them to hear that he has died in a river.

The Unit Committee Chairman of Assin Dompim, Mr. Akwasi Nyarkoh in an interview with Kasapa News Yaw Boagyan said he believes the deceased slipped and died in the river while catching fish in the river.

Police officers from the Assin Fosu Divisional Police Command visited the incident scene and conveyed the body to St. Francis Xavier Hospital for preservation while an investigation is ongoing.