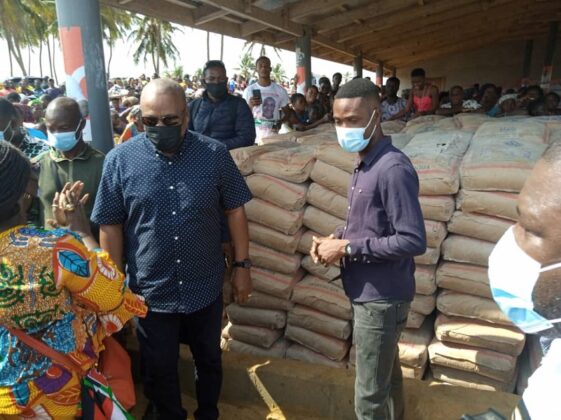 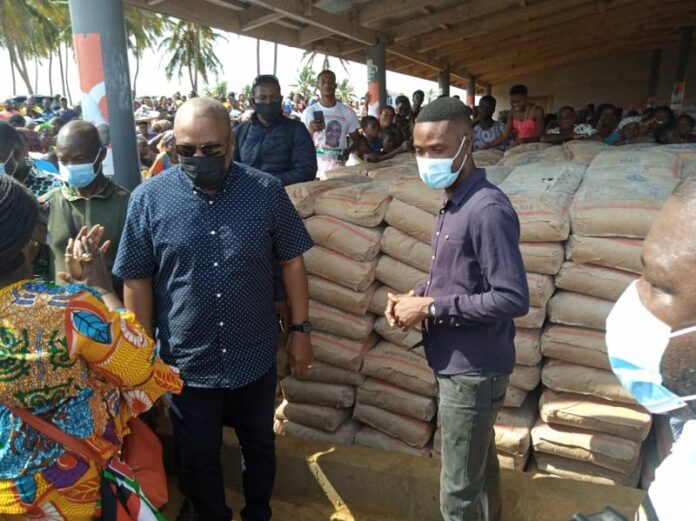 Former President and 2020 NDC Presidential candidate John Dramani Mahama has expressed his appreciation to the people of Volta Region for the support he received during the 2020 elections.

According to Mr. Mahama, the region known as the world bank of the opposition NDC did not disappoint him in spite of losing the election once again to President Akufo-Addo.

Addressing residents of Agavedzi in the Ketu South Constituency after presentation of relief items including building materials to victims of recent tidal waves devastation on behalf of the NDC minority caucus and on his own behalf, Mr. Mahama assured the region of a comeback to wrestling power from the governing NPP

Speaking to Kasapa News after touring the devastated areas, the former President once again bemoaned the abandoning of projects started by his administration by President Akufo-Addo.

According to him if the Nana Addo administration had continued with a sea defence project, residents would not have had their homes washed away.

Mr. Mahama wants the government to halt the commencement of new projects until old ones are completed as promised by the NDC in its 2020 manifesto.