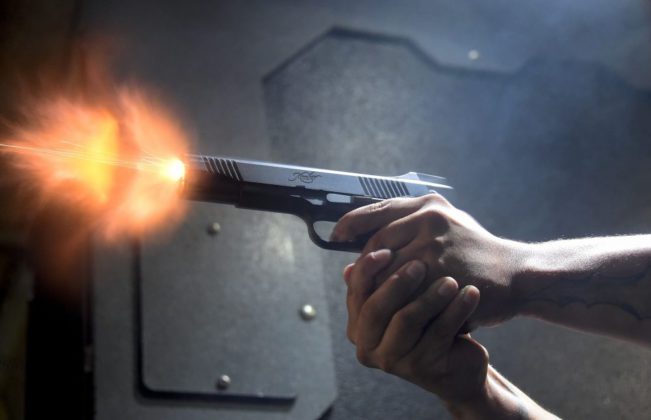 The linguist of the Abease Traditional Council’s chief has been shot dead in a robbery on the Prang road in the Pru West District of the Bono East Region.

The deceased has been identified as Kofi Yeboah, who is also a teacher at the Abease Presbyterian Junior High School.

The incident reportedly occurred at about 7:30 pm on Tuesday when the deceased was returning from an errand from Komfuokrom.

He is said to have bumped into the robbery operation on his motorbike.

The robbers, according to reports, ordered Mr Yeboah to stop but he rode a few distance as he couldn’t stop instantly.

In what appeared to the robbers as an attempt to escape, they shot into his rips, killing him on the spot.

A commuter, who also came to meet the operation, said the robbers took away the motorbike he was riding on with a friend.

“They threatened to kill us if we did not stop and I saw someone lying dead on the road but couldn’t recognise the face,” he told Adom News.

After he managed to escape unscathed, he narrated he raised an alarm to draw the attention of a patrol team.

However, the robbers absconded before the arrival of the police and that was when they identified the linguist’s body by the roadside.