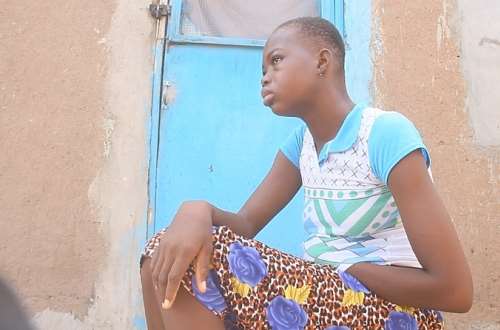 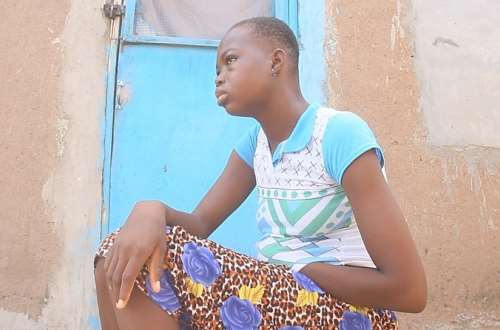 A JHS graduate, Akurugu Assibi and her parents from Googo in the Bawku West District of the Upper East Region are appealing to Ghanaians, philanthropists, individuals, NGOs and other benevolent organisations to come to their aid by donating to undergo kidney surgery.

The nineteen-year-old lady is suffering from End-Stage Renal Disease (ESRD) or chronic kidney disease diagnosed by the Tamale Teaching Hospital.

Akurugu Assibi has been battling kidney problems for the past four years.

The entire family have exhausted all their monies and now turning to the public for support.

Speaking to Modernghana News, Assibi said she started suffering from the disease for a long time because they could not diagnose it until last year.

According to her, she has been suffering body pains, difficulty in breathing and walking. 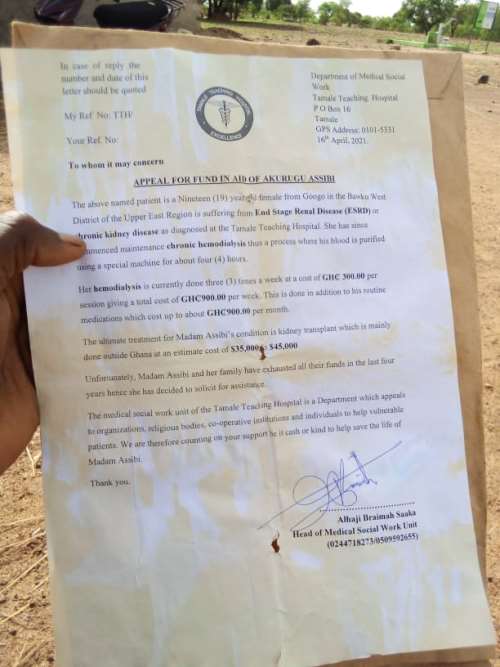 She noted that it has been her dream to become a nurse in future inspire by the desire to cater for the sick in her community.

She cried that her survival and dreams now depends on the public and those reading this story.

Amotbo Tijani, a mother said, she and her husband have spent every pesewa to the extent that they borrowed from friends and family members. “We can no longer even raise up to Ghc5.00 to get food for her and other siblings.”

Madam Amotbo added that they are mainly into farming and have no other work. According to her, she has sold her bags of rice, groundnut, maize and also shea nuts.

The father of the patient, Akparibo Tijani indicated he has lost everything due to his daughter’s sickness including the support of friends.

According to him, he and his family spend close to Ghc1,400.00 every week on their daughter’s sickness yet her condition remains the same.

“Am now confused as to what to do hence, am appealing to readers and benevolent organizations to come to our support,” he emphasised.