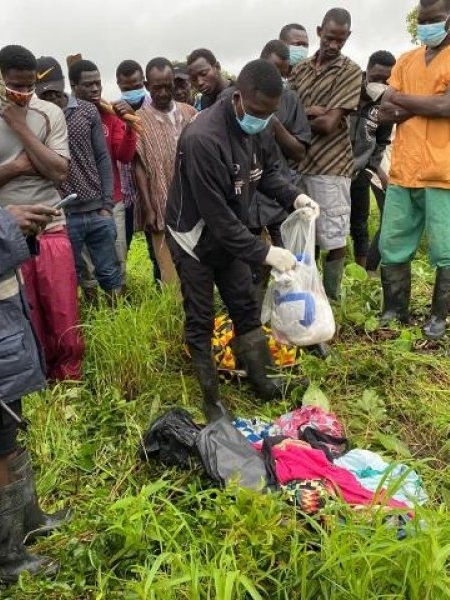 An unidentified woman and her child have been found dead in a nearby bush at Loho in the Nadowli-Kaleo District of the Upper West Region.

The woman was about 45, while the child was aged about four years. Chief Inspector Gideon Ohene Boateng, the Upper West Regional Police Public Relations Officer (PRO), briefed the GNA about the incident.

A visit to the scene by the Ghana News Agency (GNA) revealed a bag containing cloths placed beside the corpses.

Narrating the incident to the GNA, Benjamin Kobina Kunfiri Bukari, the Assembly Member for Loho Electoral Area, said two women went to the bush on Friday evening to fetch firewood.

In the process, they chanced on the dead bodies and reported to elders of the community.

“The elders asked us to go and find out if the report is true. So we, the young ones, went around 20: 00 hours and realised it was true.

“We couldn’t recognise them because they were decomposed, so I informed the police about it, and they came this morning. Because the bodies are decomposed, they (the police) decided that we should bury them (the dead bodies) here,” he added.

The police have commenced investigations.

“The Doctor has promised to submit a report to us”, the Police PRO added

Driver dead, 12 others injured in gory accident at Brahabebome