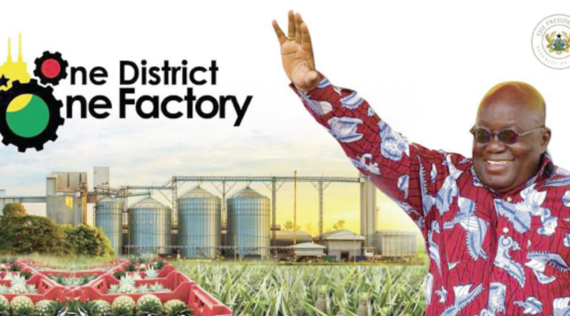 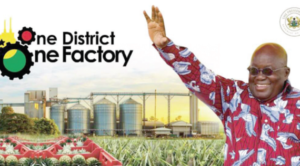 Some 134 districts in Ghana have factories under the government’s One District, One Factory (IDIF) initiative.

Trade Minister Alan Kyerematen, who revealed this on Asempa FM’s Ekosii Sen programme Friday, said plans are far advanced to build more in all the districts across the country.

His comment is in reaction to those urging the government to fulfill its promise to build a factory in each district.

Under the IDIF initiative, the Akufo-Addo government said it will ensure each district in the country has a factory.

But the plan seems to have changed with most of the factories being sited in the Central, Eastern and Greater Accra Regions.

However, the Trade Minister maintained that the government is not shifting from its promise to build a factory in each district.

Rather, he explained that, because IDIF is private sector-led, they want businessmen from the districts to take the initiative and the government will support with incentives.

“We need a businessman to lead the campaign because IDIF is not state-led. These districts without factories are because no businessman has taken an initiate there,” he added.

This notwithstanding, Mr Kyerematen said the government is moving to set up factories in those districts and later hand them over to the private sector to manage.