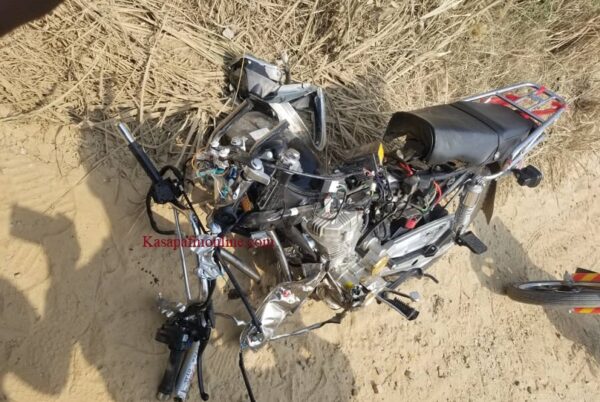 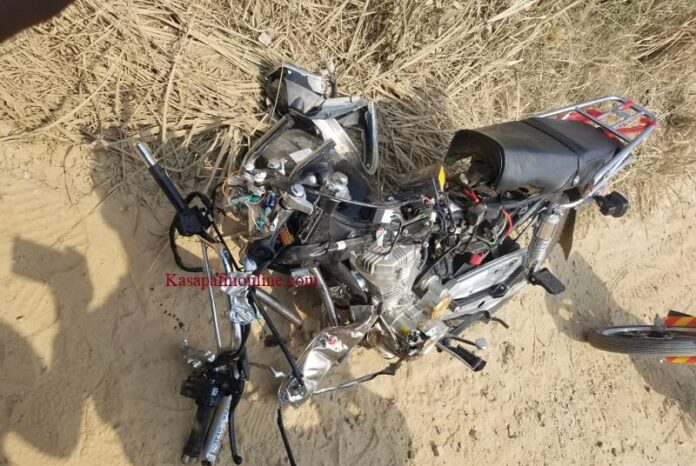 Two mourners on motorbike met their untimely death in a gory accident between Gomoa AKotsi and Buduatta on the Kasoa-Winneba Highway in the Gomoa East District in the Central Region.

The incident which occurred Friday around 5pm resulted in one of the deceased having his testicles gushing out after the motorbike rammed into a Benz sprinter bus transporting mourners.

An eyewitness who was among the group of mourners in an interview with Kasapa News Yaw Boagyan said they’d gone to the Winneba Trauma and Specialist Hospital Morgue to convey the body of the late queen mother of Gomoa Akotsi for burial.

Upon reaching executive stone Quarry junction, the sprinter Benz bus which was following the hearse made a wrongful overtaken and collided with the motorbike.

In the process, one died instantly while the pillion rider who had his testicles gushing out died at the hospital shortly after. Two other passengers sustained serious injuries and were rushed to Winneba Trauma Hospital.

The bodies of the deceased have been deposited at the Winneba Specialist and Trauma Hospital Mortuary.

Meanwhile, the Kasoa Police has arrested the driver of the bus and is assisting in an investigation.