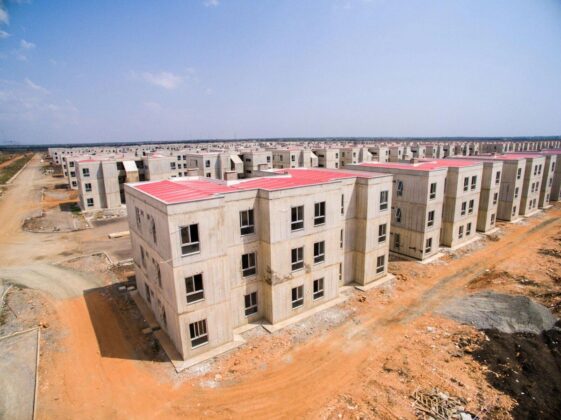 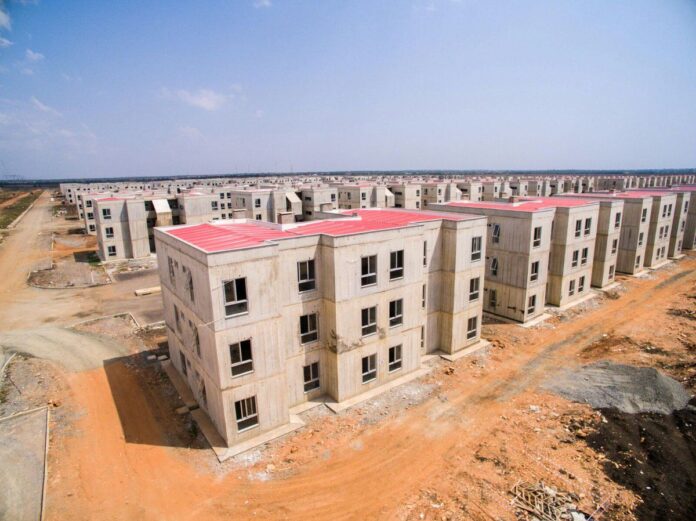 The State has formally charged former Works and Housing Minister Alhaji Collins Dauda and four others for wilfully causing financial loss to the state over the Saglemi Housing project.

Former Works and Housing Minster Samuel Atta Akyea hinted some members of the erstwhile NDC government were going to be charged over the project. 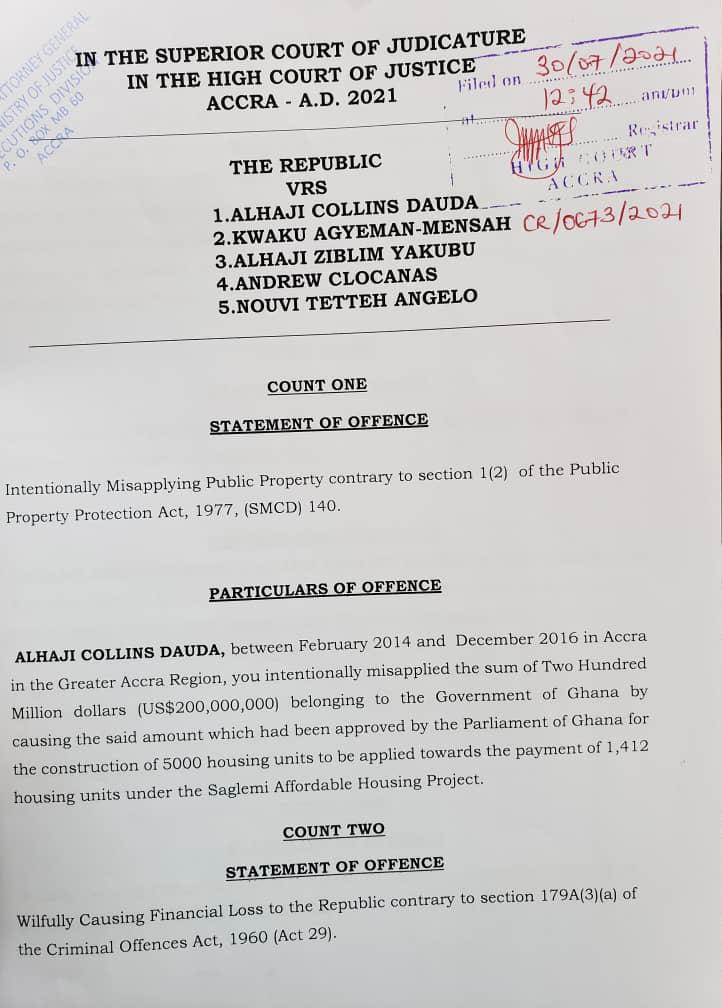 The 5000 housing unit facility was started by the Mahama administration in 2012. However, the project was stalled for three years following the controversial allegations that there was a misappropriation of funds by the previous government.

The Saglemi Housing Project was essentially approved by Parliament on October 31, 2012, after the consideration of a Report of the Joint Committee on Finance and Works and Housing on the project’s associated loan agreement.

The loan agreement was between the Government and Credit Suisse International for US$200,000,000 for the construction of 5,000 affordable housing units by Construtora OAS Limited.

The deal was for the construction of 5,000 affordable housing units and was first laid in Parliament on September 28, 2012.

It was thus referred to a Joint Committee on Finance and Works and Housing for consideration and report back to Parliament in accordance with the Constitution and the Standing Orders of the House.

At the time of the agreement, Ghana’s housing deficit was estimated to be about 1,700,000 units.

The loan had a grace period of two years before the repayment period of five years and the maturity period of seven years.

The loan was pegged at an interest rate of 12.5 percent per annum on the cedi equivalent of the dollar loan amount based on the exchange rate at the time.

The Committee at the time observed that the 12.5 percent cedi interest rate on the facility was “far lower than the treasury bill rate, hence making the facility very economical.”

The projected total debt service under the project was at the time estimated at US$249.6 million while total sales proceeds were projected at US$251.27 million, thus leaving a surplus of US$1.8 million.

The project was expected to be completed within two years after the commencement of works.

The scope of the project was however reviewed which reduced the number of housing units to be constructed from 5000 to 1,502 even though the price remained at US$200,000,000.

The Akufo-Addo government after assuming office however said there was no evidence justifying the variation of the Scope of the Agreement.

In seconding the motion for the approval in Parliament, a Ranking Member of the Committee, Dr Akoto A. Osei said, of all the housing projects the House had assessed, this was one of the few that already had an offtaker arrangement with the Ghana Home Loans Board.

He said there were at least, 15,000 people who had applied, 5,000 of whom have already made financial commitments.

But over eight years on, the housing project remains unoccupied.

Among the expected benefits of the project, the committee cited:

The committee expected that in all, about 6,300 direct and indirect jobs were expected to be provided for labourers, artisans, professionals and sub-professional, administrative staff, building material suppliers, food sellers, security and drivers.