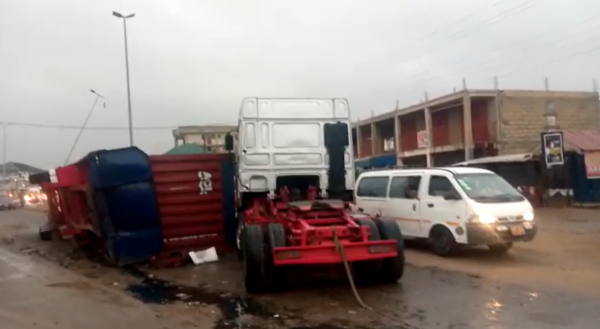 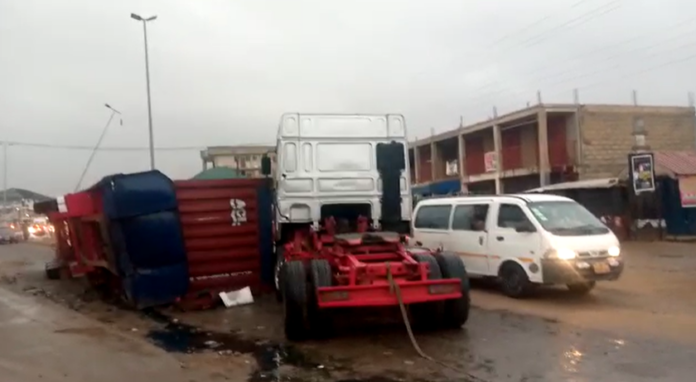 An articulated truck with registration number, GT1597 H has been involved in a nearly fatal accident on the Ablekuma highway in Accra.

The incident which occurred on Wednesday around 1:30 am was quite dangerous as the truck left the roadway and came into contact with another vehicle.

The truck believed to be heading towards Amasaman from Takoradi and loaded with Spare parts veered off the road after the driver attempted maneuvering for a slower moving vehicle, a driver’s mate recounted.

Although there wasn’t any casualty involved, the incident has brought massive vehicular traffic on the Ablekuma stretch affecting the smooth movement of motorists.

The police are yet to move to the scene as of the time the report was being filed early Wednesday morning.

Meanwhile, residents and commuters have lamented the gross indiscipline on the Ablekuma Curve Junction on the part of motorists especially, the public transports popularly called ‘trotro’ and ‘Pragya’.

PHOTOS: Two shot during protest against mining company at Dumasi