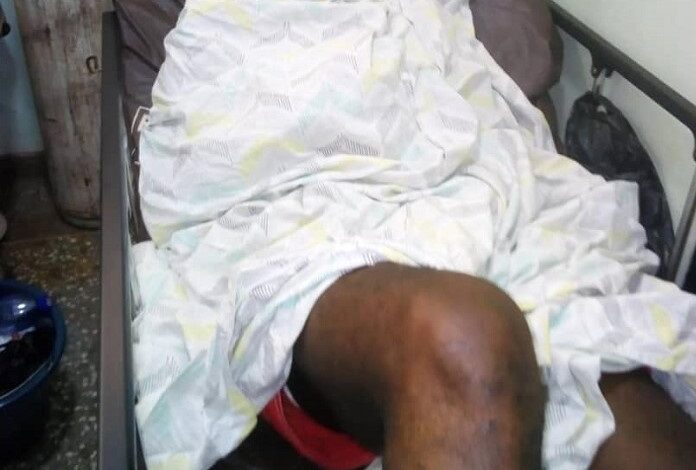 A 30-year-old forest guard, Adu Ameyaw has been shot by an illegal logger identified as Aduboffour at Ayum Forest Reserve, a government-restricted forest in Antronie in the Sunyani East Municipality of the Bono Region.

According to the Youth leader of Antronie community, Adu Richard, illegal deforestation has been a major threat in the Ayum Forest Reserve, posing danger to inhabitants.

He further explained the youth of the area have in recent times declared war against illegal cutting of trees but have received several threatening messages from these illegal loggers.

He revealed he only had a call from one of his boys that the victim, Adu Ameyaw has been shot and sustained critical injuries by the suspected illegal loggers at the Ayum Forest Reserve

The victim is currently in critical condition and admitted at Sunyani Regional hospital where his legs are on the verge of being amputated.

The case has since been reported at Atronie police station as they manhunt for the suspect, Adubofour.