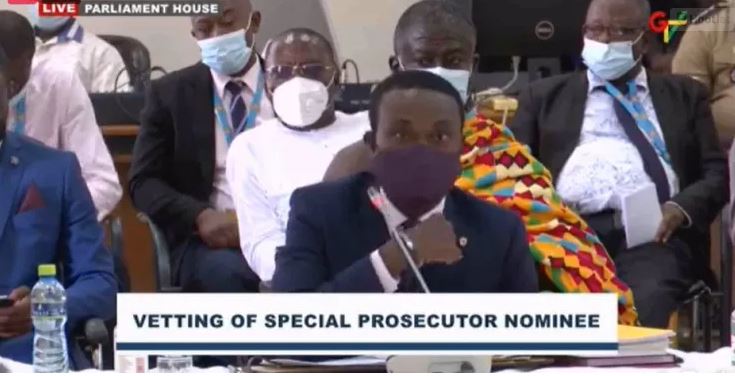 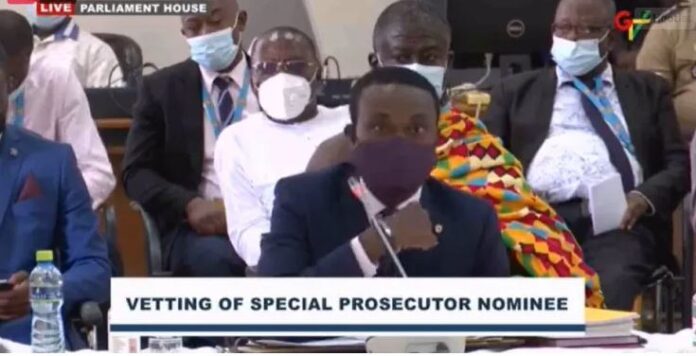 Special Prosecutor nominee, Lawyer Kissi has firmly assured that he’ll ensure corruption becomes a costly venture for those who want to engage in it.

He told Parliament’s Appointment Committee during his vetting on Thursday, July 22, 2021, that he’ll count on his experience, studying of the law, and competence to run the all-important anti-corruption office.

Kissi Agyebeng however noted that no one can stop corruption in Ghana, not even the Almighty God.

“…I would like to state that I prefer to wear my own shoes in the sense that I’m my own man and I’m coming with my own experience and professional training. In this quest, my conscience and learning of the law are going to be my guide. My strategy is that I’m not naive to assume that I’m going to stop corruption, there’s no way I can stop corruption. God himself will not even acclaim to that. But I will make corruption very costly to engage.”

President Akufo-Addo by a letter to the Speaker of Parliament, Rt. Hon. Alban Bagbin, dated 29th April 2021, sought Parliament’s approval of the appointment of Kissi Agyebeng.

It will be recalled that the President accepted the resignation from Mr Martin Amidu as Special Prosecutor on 16th November 2020 and, in accordance with section 13(8) of the Office of the Special Prosecutor Act, 2017(Act959) is required to appoint a replacement within six(6) months of the position becoming vacant.

To this end, the Attorney General, Mr Godfred Yeboah Dame, on 16th April 2021, nominated Mr Kissi Agyebeng, under section 13(3) of Act 959, to the President for consideration as the second occupant of the Office of Special Prosecutor.