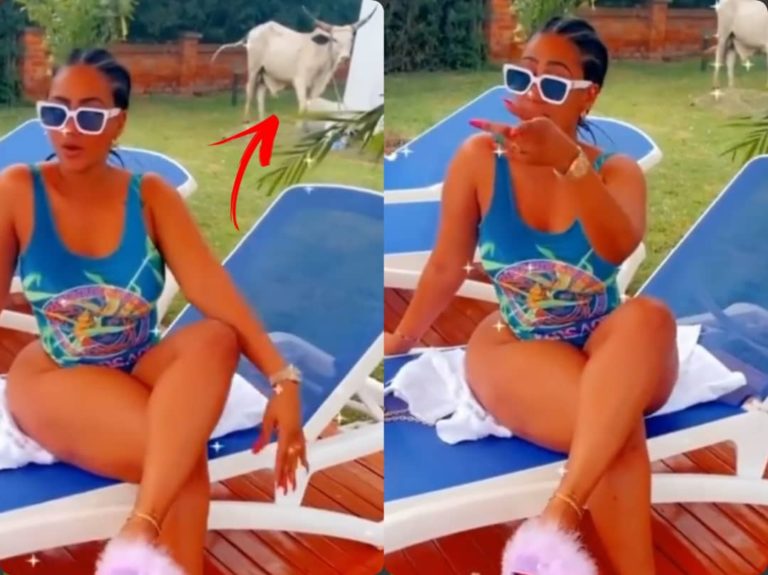 Muslims worldwide some months ago ended their 30 days of fasting and afterwards celebrated Ramadan.

However, it was just to warm them up for their biggest feast which is called the Eid al-Adha, in Ghana we call it ‘Salah’.

Every Muslim is preparing to slaughter their cow on Tuesday, 20th July 2021 and songstress Hajia4Real doesn’t want to be left out of the Eid al-Adha celebrations.

So, she has bought a big fat cow which will be slaughtered this coming Tuesday.

In a video sighted by GhArticles, Hajia4Real is seen chilling at a pool dressed in a bikini while jamming to Souja Boy’s Kiss Me Thru The Phone song.

However, social media users with eagle eyes spotted a cow tied to a tree.

It has been therefore concluded that the cow belongs to her and this Tuesday, the cow will end up at the slaughters house.

Which will be used for either kebab or stew or soup and eventually end up in singer’s stomach.

Eid al-Adha marks the culmination of the hajj (pilgrimage) rites at Minā, Saudi Arabia, near Mecca, but is celebrated by Muslims throughout the world.