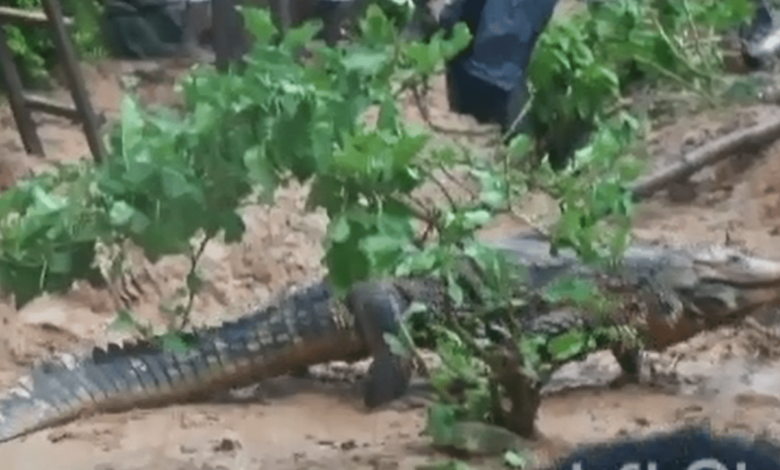 In an interview with Pure Fm’s Osei Kwadwo monitored by MyNewsGh.com, they expressed worry about the situation saying they are scared to go out of their homes for fear they could be attacked.

According to the residents “This is the first time we are seeing strange things like this and we believing the crocodiles are coming from Fum river a nearby river in the community”.

“Those who are not afraid have been able to get closer while others threatened to kill them but they are afraid the crocodiles were sent by the stream” they explained while giving some spiritual connotations.

Meanwhile, the Fumso traditional council poured libation to appeal to the Fum river to forgive the community if they have done something bad against the stream.

After the libation and other rituals, the two crocodiles went back to the Fum river.

Farmer in coma after being attacked by mysterious bees