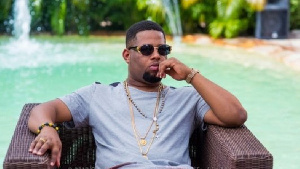 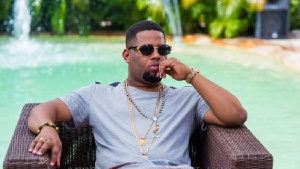 Rapper, Desmond Blackmore known in Showbiz as D Black has revealed that his dormancy from the Ghanaian music scene was caused by Castro’s disappearance as he felt uncomfortable performing their collaborated songs at events and related music programs, MyNewsGh.com reports.

The once BET nominated artiste who now brands himself as Ghana’s ‘Enjoyment Minister’ in a conversation on Kumasi-based Pure FM’s popular ‘Hammer Time’ entertainment program monitored by MyNewsGh.com, explained to host, Hammer Nti that at the time of Castro’s disappearance, he was one of the most sought after musicians in the industry by virtue of his collaboration with Castro on their popular ‘seihor’ and ‘personal person’ track and as a matter of principle, he felt uncomfortable performing the songs on stage having in mind the one who made it a hit wasn’t around.

He continued that the news of Castro’s disappearance affected him greatly hence his break from the Ghanaian music scene to focus on other career paths like starting his Onyx Club and other businesses.

“Hammer, I still have unreleased songs of myself and Castro and I don’t have the urge to release them but maybe if I would have to, I will consult his family to find out the best beneficial way possible for them as I don’t want to profit off his disappearance.

I met Castro through Jay Q’s studio sessions and for my song like Seihor, he didn’t even write the lyrics. He told me this song is a hit when he had a listen and straight up did his magic on it.

It felt very uncomfortable performing these songs when the one who recognized and made it a hit wasn’t around so I just decided to take a break. I was affected by his disappearance greatly.” He told Hammer Nti amidst other conversations to eulogize Castro who has now been declared dead after going missing for seven years.

D Black is currently promoting his new album titled ‘Loyalty’ and is on a radio tour in Kumasi.

Source: mynewsgh.com
Related Topics:AASCastro'sdisappearanceIININTERESTLOSTmusicOFresult
Up Next

WATCH: Hajia4Real Shows Off Her Salah Cow In Bikini Video