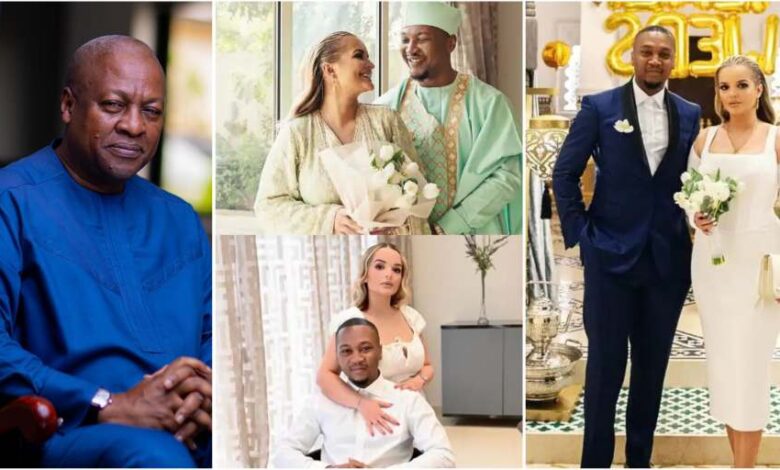 Their wedding was the talk of town at the time it happened – Shafik being the handsome son of the former President John Dramani Mahama and his bride being an exotic North African lady.

Their wedding photos took over the net and Ghanaians were impressed with the glitz and glamour on show at the event.

Well, somehow a year has already passed and the couple are celebrating their first anniversary.

Asma Mahama took to social media to share photos from their glamorous wedding to celebrate herself and her husband for making it through a year of marriage.

She wrote: “Happy Anniversary to the love of my life. Thank you for changing my last name. Love you eternal.”

She then dropped the gorgeous photos from the wedding, plus a couple of new photos of herself and Shafik.

Checkout the photos below…

He reportedly met his Algerian bride as they both schooled together in the United Arab Emirates.

They dated for a while before walking down the aisle last year in Dubai.

Before you can even blink, a year has passed and their marriage looks like it’s still flourishing.

Congratulations to the couple!