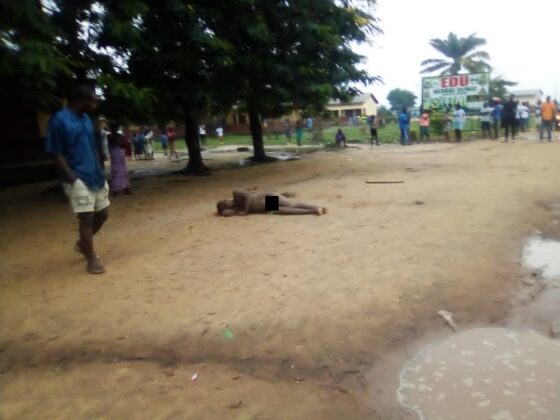 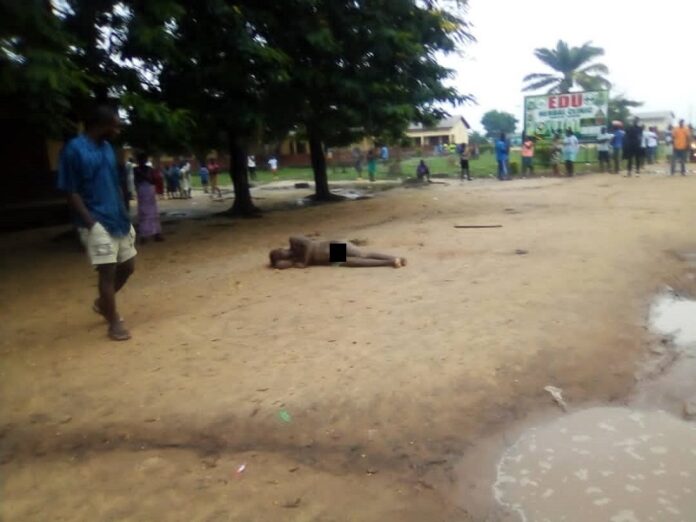 A man believed to be in his late 20’s has been lynched at Baifikrom a suburb of Mankessim in the Mfantseman Municipality of the Central Region.

Information gathered by Kasapa News Yaw Boagyan indicates that the victim is not known in the community but is believed to have been killed elsewhere and dumped in the area.

He was found in a pool of blood tied with a rope with his clothes beside him opposite the Baifikrom Basic School Early Saturday around 4:30am. It is unclear what caused his murder or who murdered him.

Residents say people have been stealing in the area in recent times, hence believed he was caught committing a crime.

The Assembly Man for the area Hon.Abeiku Nyankson in an Interview with Kasapa FM news said, he was called around 8:00 am that an unidentified person has been lynched at the Baifikrom Basic School Presimes so he rushed to the area and found that the man dead.

He then reported the incident to the Mankessim Police Station and is currently under investigation. No arrest has been made so far.

The body has been deposited at Saltpond mortuary.

VIDEO: Chilling Account Of How Osu Presec Graduate Committed Suicide At The Beach