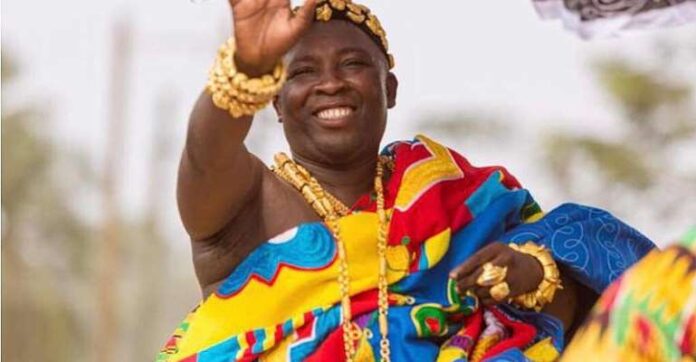 The Gyaasehene of Apinto Divisional Council in Tarkwa Dr. Nana Adarkwa Bediako III, has confirmed that he was never kidnapped, contrary to news that broke out on Thursday, July 15 that the chief was kidnapped by some unknown assailants, police investigations say.

The chief, according to the linguist Nana Kobina Obo ll went missing on Thursday, July 15th, 2021, which they reported to the Tarkwa divisional police command.

However later Thursday evening, Dr. Nana Adarkwa Bediako ll is reported to have been found by operatives of the National Intelligence Bureau(NIB) on the main Tarkwa-Takoradi road and brought home.

But briefing the media on the issue, Friday, July 16, 2021, the Head of Public Affairs of the Western Regional Police Command, DSP Olivia Ewurabena Adiku, said upon interrogations with the chief after the sudden disappearance, he clarified he had never being kidnapped as was speculated earlier.

“The latest information we are gathering now is that Nana Adarkwa Bediako II has come to the police station and when he was interviewed he said he was never kidnapped and honestly he didn’t know who sent out that information,” she said.

According to DSP Adiku, the chief said “what happened was that yesterday 15th July, he went to the bank to cash some money because he needed to purchase some musical instruments for a Pentecost church within Tarkwa area, so from the bank there is an instrument shop around which he decided to walk in there and make some inquires, while the chief was on his way, there was this gentleman that he doesn’t know from anywhere, who just bumped into him and said Nana some people are planning to kill you.”

She further added that Nana Adarkwa Bediako III upon hearing this, immediately took the available taxi and left that location, unfortunately, he could not place a call to anyone since he had left his phones in his car. DSP Adiku noted that the chief did not disclose where he went from there, she also indicated the police will continue to investigate the matter.

Meanwhile, events leading to the sudden disappearance of Nana Adarkwa has it that one Nana Kakra, a nephew of the overlord of Apinto division on Sunday, July 11 at about 2:30pm called Nana Kobina Obo the Chief linguist of Apinto and allegedly threatened to kill the Gyasehene after he lost his underground shaft mining site which has now been rezoned for community mining.

According to DSP Adiku, this threat issued has been put before court.

Four Ghanaians abducted by pirates in Gulf of Guinea