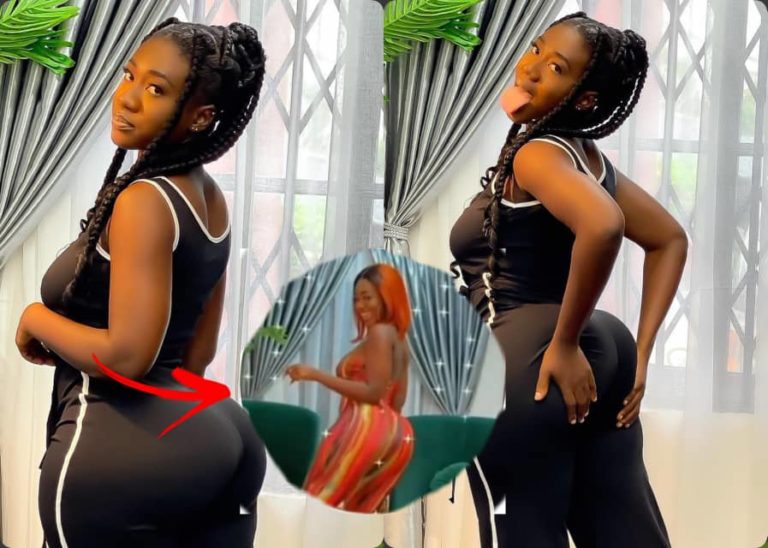 Anytime, Hajia Bintu makes an appearance on social media whether having vibes or displaying her fashion skills, what always attract people to her posts is her huge backside.

It is said that a man gift will bring him before Princes, Kings and great men, Bintu’s huge backside is a natural gift from God to her and she has used it to attract good things to herself.

In a recent video sighted by GhAticles, the video vixen is seen in a plush house, she claded in a skin-tight multi-coloured dress while displaying her dancing skills.

While showing some vibes, she gave a cat-walk a little closer to the camera, and gave a 360 turn went a little forward and shook her huge backside.

Sharing the video, she captioned; ‘A whole vibe, my hype woman.’

Hajia Bintu received some praise from the witness who was recording the video, also on her page, Bintu’s fans flooded the comment box to react to the video.

Kofi Kinaata reveals the motivation behind his style of music

We have not collected any property from Moesha – Church explains