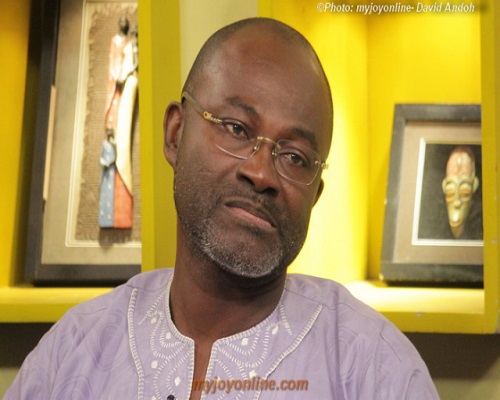 The Speaker of Parliament Alban Bagbin has referred the MP for Assin Central, Kennedy Agyapong, to the Privileges Committee of the House over threats on Multimedia journalist, Erastus Asare Donkor.

The directive issued by the Speaker on Wednesday will enable the House to decide if the actions of Mr Agyapong breach the orders of Parliament and if so, recommend appropriate sanctions.

Earlier today, the MP for Tamale North, Alhassan Sayibu Suhuyini drew the attention of the House to the said matter as he moved for the motion that the Assin Central MP be investigated for his recent actions.

“For those utterances to be attributed to the committee chairman of this house, I think it calls for the attention of this house. Mr Speaker, he said that if he were the President of Ghana, he would have ensured that the said journalist, Erasmus Asare Donkor is beaten seriously and this comes in the wake of another such utterance he made in relation to Ahmed Suale which led to the identity of Suale being compromised and eventually murdered.”

I think that as a former journalist, I feel obliged to draw the attention of the House to the conduct of MP which in my view brings this house into disrepute and so Mr Speaker, I urge you to exercise your powers and refer this conduct of the honourable member to the Privileges Committee to ascertain the veracity of the comments made and recommend some sanctions that will serve as a deterrent to other members,” he said.

Mr Agyapong, on Friday, July 9, was reported to have verbally abused and threatened to attack Mr Asare Donkor, “for the journalistic work that the latter undertook during the recent shootings and killing incident at Ejura” on Net 2 TV, a television station owned by the MP.

The politician was filmed on a live programme which was widely published on social media platforms, stating that, “if he [Mr Agyapong] were President, he would have ensured that Erastus Asare Donkor is beaten mercilessly.”

Following his actions, the Multimedia Group has filed a formal complaint against the Assin Central legislator, Kennedy Ohene Agyapong for threatening the life of one of its journalists, Erastus Asare Donkor.

In the letter, dated July 13, 2021, addressed to the Deputy Regional Commander, Ashanti Region, the media group is requesting a thorough investigation into the threats issued by the legislator.