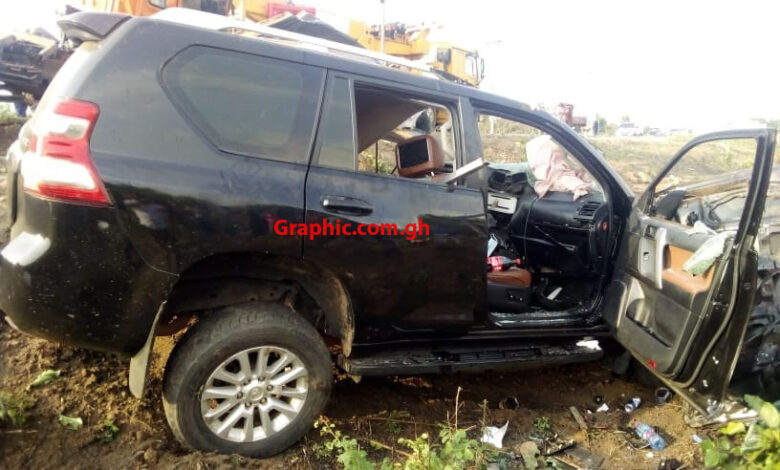 A driver and mate have both died in a gory accident on the Mankessim to Cape Coast Highway.

The accident happened at 10:30pm Tuesday evening at Saltpond, in the Mfantseman Municipality in the Central Region.

The accident involved a VIP bus with registration number GT 5255 17, and a petroleum tanker in a head-on-collision.

The VIP bus reportedly attempted to overtake another vehicle but ended up colliding with the tanker driver. The bus was bound for Samreboi in the Western Region, while the tanker driver was heading towards Accra after discharging some fuel.

The driver of the bus according to eyewitnesses died instantly following the crash, but his conductor gave up the ghost upon reaching the hospital.

Assemblymember for the Nkubeam Electoral Area, Saltpond, Francis Ekow Dotse said it took the Ambulance Service to cut parts of the vehicle to enable them remove the body of the conductor and that of the driver.

Three out of six passengers on board the bus who sustained injuries are currently in critical condition at the Cape Coast Teaching Hospital.

Meanwhile, the other victims, according to reports have been discharged early this morning after receiving treatment.