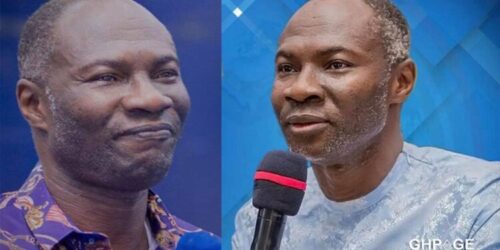 According to Badu Kobi, when he prophesy things that come to pass, Ghanaians remain silent. However, Badu Kobi claims his prophecy fails something he calls ‘their evil wish coming to pass’, Ghanaians make noise about it and jubilate.

But he emphasized that he is in this world to win and nothing can change that. Badu Kobi made the statement in a post he made on his social media page.

It would be remembered that last week was one of the best weekends for football lovers because of the finals of 2020 Copa America and 2020 Euro.

Prophete Badu Kobi who is known for predicting some instances decided to prophesy about the Copa America final between Argentina and Brazil where he revealed that God told him Brazil was going to win the match hands down.

Fast forward after the match, Argentina won the match which simply means that his prediction didn’t come through.

Yesterday during his church service, he once again predicted that England was also going to win the Euros but at the end of the match Italy emerged as winners of the cup.