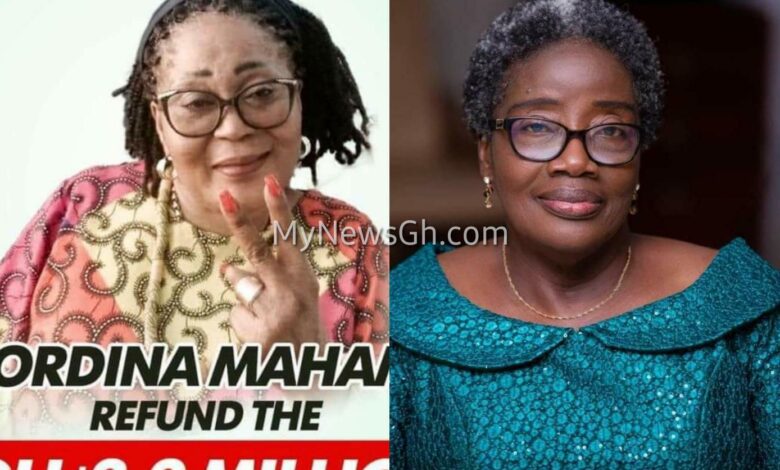 There is extreme pressure mounting on former First Lady Lordina Mahama and former Second Lady Matilda Amissah-Arthur to refund what was paid them between 2009 and 2017 and 2013 and 2017 respectively.

This is after First Lady, Rebecca Akufo-Addo decided to refund to the State a total of eight hundred and ninety-nine thousand and ninety-seven Ghana cedis (GHc 899,097.00).

She was promptly followed by Second Lady Samira Bawumia who has also refunded a total amount of eight hundred and eighty-seven thousand, four hundred and eighty-two (GHc 887,482) she has thus far received as allowances from January 2017 to March 2021.

While no one would have care if the former First and Second spouses refunded their allowances and emoluments, the intervention by former President John Mahama in the matter is why the public appears to demand a refund.

Mr. John Mahama created the impression that nothing only a “meagre” allowance was paid.

He condemned the proposed payment of monthly salaries to the spouses of the President and Vice President of the Republic of Ghana, describing the recommendation as “inappropriate” and its approval as “unfortunate”.

The practice, he said, started with the President Jerry John Rawlings Administration and “issues in respect of allowances of the spouses have largely been handled administratively and provided for under the budget of the Office of the President.”

“The spouses of the President and Vice President are not captured among Article 71 Office Holders and therefore there is no legal or constitutional basis for it”, he stated.

President Mahama said the practice has also included the payment of quarterly allowances to the surviving spouses of former Presidents, former Vice Presidents and former Heads of State. He explained that this practice has been appreciated by the beneficiaries as a token from the State.

Following a full refund by the current First and Second couple, there is now increasing public demand for the former First Lady to follow suit. Will she?