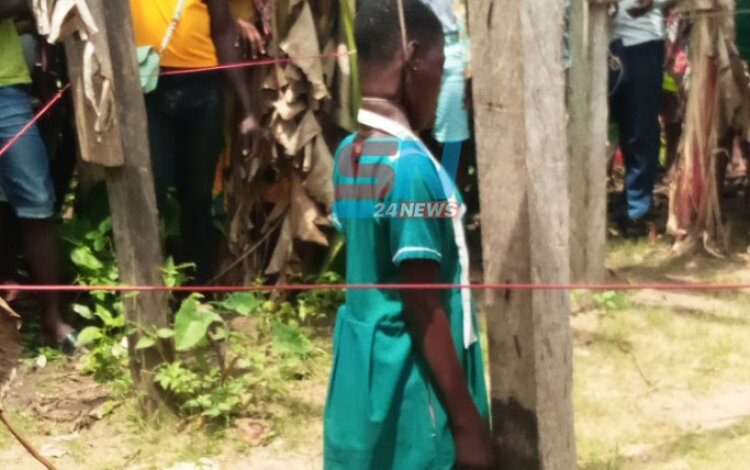 The heartbreaking incident which occurred on Monday, July 12, 2021, has thrown the people in the community into state mourning.

The body of the 12-year-old girl, Vivian Abbah was found dangling from a structure with her two kneels on the ground with a rope tied around her neck.

Narrating the sad story to Soireenews in an interview on Tuesday, July 13, 2021, via a telephone call, the Assembly Member of the area, Hon Augustine Marshall Akainyah mentioned that at around 10:30 am on Monday the owner of the structure saw the lifeless body of the female student near her house.

He indicated that it was still unclear why Class Two at Roman Catholic Primary School allegedly took her own life. He said residents and the family of the late Vivian Abbah are, however, in doubt and hard to accept that their daughter hanged herself because according to them, a few struggles on the ground at the crime scene don’t convince them to accept that the deceased took her own life.

The body of the deceased was taken by the police to the Half Assini mortuary pending a post mortem examination.

The assembly member noted that the deceased had finished dining with her colleagues during their break period but complained bitterly about not being satisfied with the food they were served together at the school canteen.

Following that development, he said that the deceased asked permission to leave for home to demand money to purchase another food but only to hear of her death.

Honourable Akainyah described the deceased as a calm and very respectful person in the community hence her death comes as the biggest shock to him.