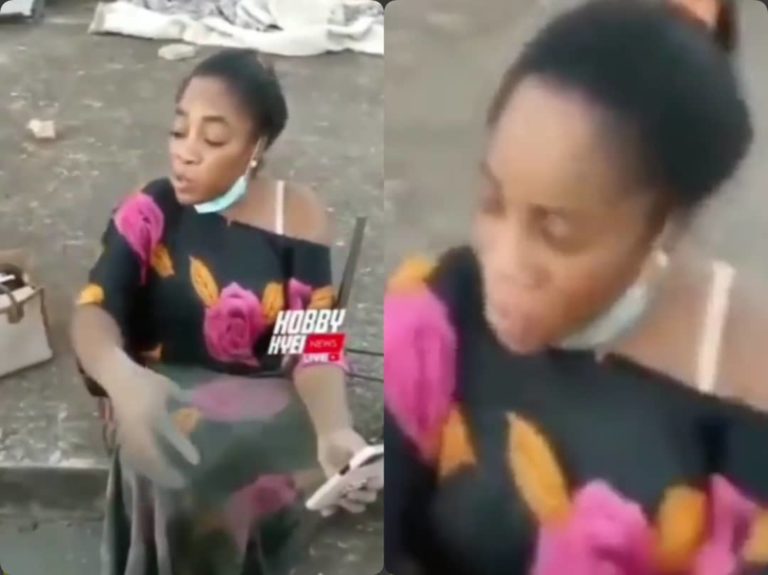 A video of model and actress Moesha Babiinoti Budoung preaching on the streets to someone has caused a stir online.

In the video, the video vixen was sen seated on what looked like an abandoned foundation of a building while she preached and advised young ladies.

The actress who used to post raunchy photos and videos of herself was seen speaking against young ladies using their bodies to entice men for money.

What caught the eye of many people was the fact that the actress was looking quite dirty and it is yet to be determined the cause of that.

However, some fans of the actress said her appearance was cause for worry since she was not noted for looking that way.

VIDEO: Efia Odo Calls For Prayer After Fans Flood Her Inbox With Messages Over Her Recess From Social Media