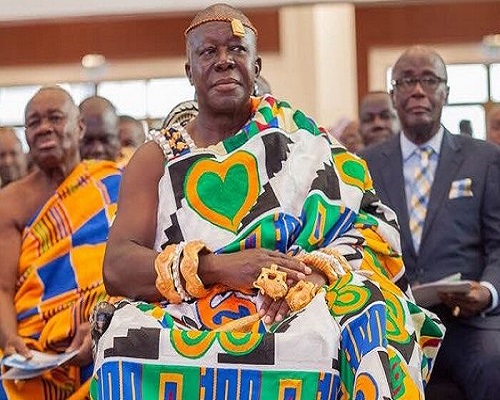 Although Ghana is a democratic country, however, we still have some powerful monarchs who are wealthy and influential. Some of these monarchs wield little or no formal political power, however, they fulfil spiritual and ceremonial obligations to members of their community.

These obligations make monarchy a very lucrative affair in the country. Some of them are recognized by state institutions and as a consequence, many of them receive generous stipends and allowances from the government.

Having said that, ghstudents.com brings you the top five richest kings in Ghana and their net worth

He is also the Chancellor of the Kwame Nkrumah University of Science and Technology (KNUST). Otumfuo Osei Tutu II is the Grand Patron of the Grand Lodge of Ghana and the Sword Bearer of the United Grand Lodge of England.

He ascended the throne in 1999 and serves as the political and spiritual head of the Asante people. Osei Tutu set up Transpomech Ghana in 1989, a $12 million (sales) company that provides mining equipment to several large industrial companies in Ghana. The King also owns extensive real estate in Ghana and South Africa as well as a collection of valuable gold crown jewels.

Osagyefuo Ofori Panin, known in private life as Odeshie Kwame Boakye Ofori Atta is one of the richest kings in Ghana. He ascended the throne on 4th October 1999 as the 35th occupant of the Ofori Panin Stool of the Akyem Abuakwa State, which was established by Atta Apeanin Kwaframoa Woyiawonyi in 1362.

Togbe Afede XIV, born James Akpo is the King of Agbogbomefia and also one of the richest kings in Ghana. He is the President of the National House of Chiefs, the Agbogbomefia of the Asogli State and President of Asogli Traditional Area.

He holds a BSc Administration (Accounting Option) from the University of Ghana and an MBA from the Yale University School of Management in the United States. He is the founder and CEO of SAS Finance Group Ltd, an investment banking firm, and Strategic Initiatives Ltd, a private equity and portfolio investment firm. He has more than 18 years of experience as an investment banker and entrepreneur.

Osagyefo Agyemang Badu II is one of the richest and most respected kings in Ghana. He is a traditional ruler and also a High Court judge. He is the paramount Chief of Dormaa in the Bono Region.

Bukali II (Bukali, Bukari, Abukari, Abubakar; born 1939 or 1940’s), known as Gariba II, is the current Yaa-Naa, the traditional ruler of the Kingdom of Dagbon in Ghana. He is one of the richest and powerful kings in Ghana.