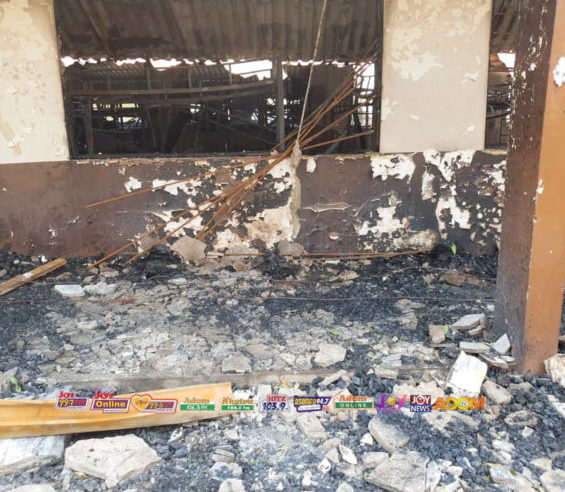 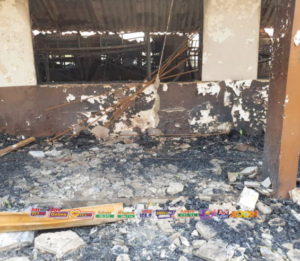 A 15-year-old student of Accra Academy Senior High School (SHS) at Bubuashie, Accra, has been arrested for allegedly being behind recent fire outbreaks in the school.

He is said to have confessed to setting fire to dormitory blocks, including a new dormitory block, which was razed down completely, because he was forced into the school by his parents against his will.

The SHS form two student, whose identity has been withheld by the police, is said to have claimed responsibility for the last three fire incidents which ravaged dormitories, belongings of students such as trunks, chop boxes with food items, beds and other valuables, including money.

The fire outbreaks in the school have also destroyed property of the school, educational materials of students and some personal effects of the students.

The boy, who was handed over to the police a week ago, has been charged for causing unlawful damage contrary to section 172(1) (b) of the Criminal and Other Offences Act, 1960 (Act 29).

Why he did it

During interrogations by the police, the juvenile suspect allegedly admitted being behind three fire outbreaks recorded in the school.

The boy allegedly told the police that he burnt the dormitory blocks because he did not like the school and also because he wanted to be a day student, instead of the boarding option which was offered him during his admission.

The boy, who claimed he had been enrolled in the school against his wish, indicated that he hatched a plan to torch the dormitories with the hope that the school would be closed down.

The suspect also wanted his boarding student status changed to a day student, following the burning of the dormitories.

A committee set up by managers of the school to investigate the fire incidents identified the boy as the one behind the fire outbreaks. The committee was set up after another outbreak on June 23, this year.

During the investigations by the committee, it was found that one of the students was allegedly responsible for the burning of dormitories in the school and all fingers pointed to the juvenile suspect.

The boy allegedly confessed to the committee members and explained how he set ablaze dormitories in the school on three separate occasions.

On January 16, last year, sections of two halls in the school, Alema and Halm-Addo, were destroyed by fire around 7 p.m.

About two weeks later, there was another fire at the Alema Hall around the same time on January 28, last year.

The Public Relations Officer (PRO) of the Accra Regional Police Command, Deputy Superintendent of Police (DSP) Mrs Effia Tenge, confirmed the arrest and indicated that the boy had since been granted bail and handed over to his parents.

She said a docket on the case would be forwarded to the Attorney General’s Office for study and advice.

Investigations into the fire outbreaks started when one of the school’s new dormitory blocks caught fire about 8 p.m. on June 23, this year, while students were on ‘prep’, a period after supper when students study on their own in the classrooms.

Managers of the school, who contacted the Ghana National Fire Service (GNFS) to douse the fire, became suspicious at the recurrent nature of the fire outbreaks.

The Fire Service reported its suspicion to the police about 3:40 p.m. on June 25, this year.

The police went to the school and inspected the affected dormitory, which was the latest casualty of the recent fire outbreaks.

The last fire outbreak affected four rooms in the dormitory block with about 60 irons and wooden student’s bunk beds burnt beyond repair, while a number of trunks, books, and clothing, belonging to some students, were also burnt into ashes.

While the police investigations were ongoing, managers of the school about 10:30 a.m. on Friday, July 2, this year handed over the 15-year-old boy, who was accompanied by his uncle, to the police.

The school management explained to the police that the boy had been fingered as the person behind the burning of the school blocks and had admitted being behind the act.

To execute his plan, the student, allegedly, bought petrol from a nearby fuel service station in a used mineral water bottle with which he set fire to the dormitories, the police said.

The suspect then sprinkled the petrol in the dormitory, lit a match to set the dormitory ablaze during ‘prep’ time before joining his mates who would be busy studying.