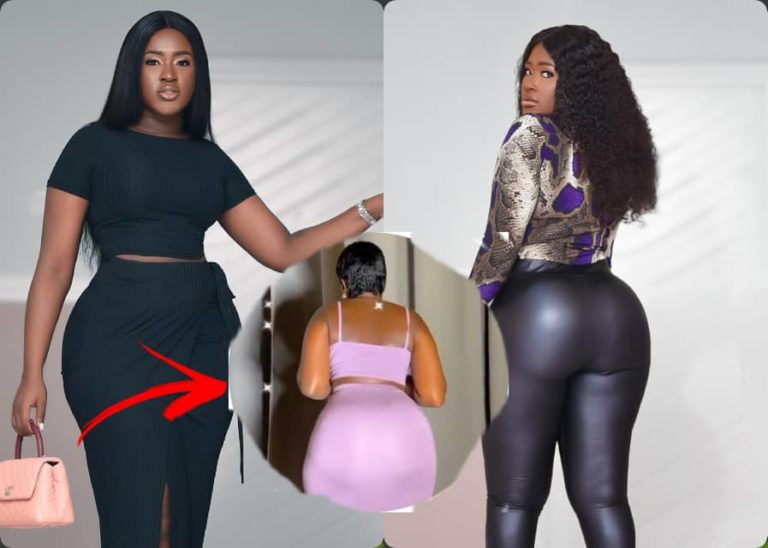 YOLO actress and wife of Ghanaian rapper Medikal, Fella Makafui caused a commotion on social media in a recent video.

The viral video sighted by GhArticles has actress and businesswoman, Fella Makafui displaying her banging body.

Well, not only did she flaunt her banging body but also she did show her twerking skills to the camera.

Fella Makafui was seen in a plush mansion as donned a skin-tight dress.

She gave a slow cat-walk then she started jamming to DJ Lawy’s song “Big Sound” playing in the background.

With her back facing the camera, she decided to shake her heavy backside like nobody’s business.

She turned to face the camera while dancing, a voice was heard behind the camera praising Fella to give more.

The video has attracted a lot of views and comments from social media users.

VIDEO: Abena Korkor takes over the internet with ‘for your eye only’