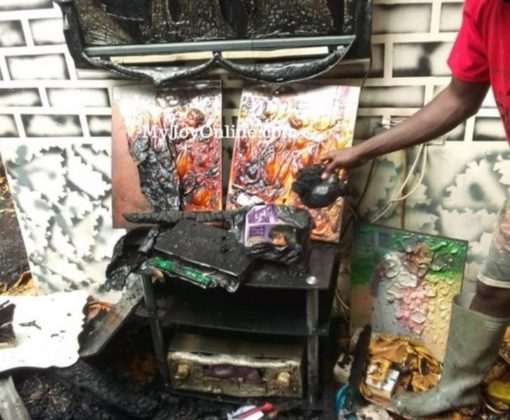 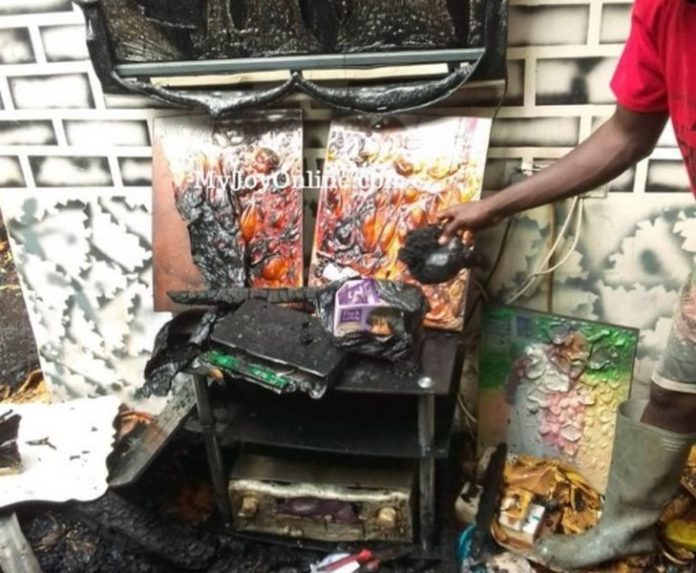 Fire destroyed a six-bedroom house at Akyem-Tafo in the Eastern Region on Wednesday morning.

The fire, which started around 6:30 am, also destroyed several property such as computers and accessories, television sets, beds and mattresses, money and other electrical gadgets, running into thousands of cedis.

Witnesses say the fire started when the occupants of the house had left for work.

The attention of the Tafo Police was drawn immediately by some workers of the Cocoa Research Institute who saw thick smoke billowing out of the house.

It took the Abuakwa North Fire Service and the Ghana Police Service over two hours to douse the fire.

A fire officer, station officer Grade one (SO1) John Nyarko, who led the Bunso Fire Service to the scene, explained that they were informed around 7:56 am but on reaching the fire scene at 8:20 am, the whole house was in flames.

He admonished the public to call the fire service on time whenever there is a crisis.

Although the cause of the fire is officially not known preliminary investigations by the fire team pointed to intermittent power outage in the area.

He added that the service has launched investigations to unravel the actual cause.

A police officer at the New Tafo Police, Chief Inspector Obeng, advised all to put off and unplug their electrical gadgets when leaving their homes to avoid such unforeseen occurrences.