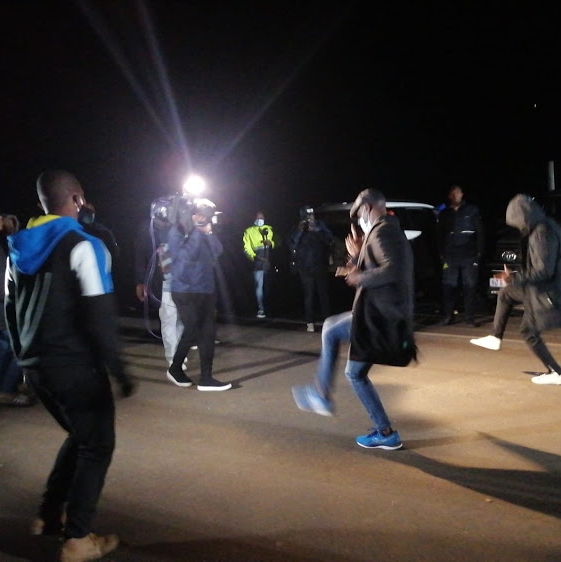 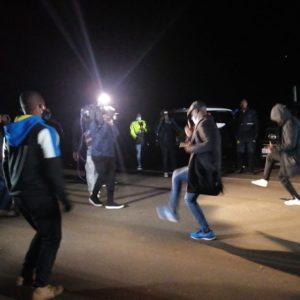 Former president Jacob Zuma has officially handed himself over and is in police custody.

Naidoo said: “I can confirm that the former president has been taken into police custody well ahead of the deadline.”

Themba tweeted that Zuma was “placed in SAPS custody in compliance with the Constitutional Court order”.

Zuma is now expected to be transferred into the correctional services custody.

The JZ Foundation also confirmed in a statement just before midnight on Wednesday that the former president had decided to comply with the incarceration order”.

“He is on his way to hand himself into a correctional services facility in KZN. A full statement will be issued in due course,” the foundation said.

The foundation statement came about 45 minutes after an eight-vehicle motorcade pulled out of the Zuma family’s Nkandla homestead about 11.15 on Wednesday night. Sources had confirmed that Zuma was in one of the vehicles.

One source close to the situation said “it’s definitely him”, while two Zuma family members also confirmed that the former president had left the homestead. One of the family members said Zuma was going to hand himself over to authorities.

However, Edward Zuma, the former president’s son, denied that this was the case. Another brother, Khanya Zuma, also denied it and laughed.

The vehicles left in the direction of Kranskop rather than towards Eshowe, suggesting that the convoy was not heading towards Durban. It had earlier been thought that Zuma would be taken to Westville Prison, outside Durban.

A short while later, staunch Zuma backer Carl Niehaus also left the homestead. He ignored questions over whether Zuma was still at home or had left in the convoy.

A number of vehicles leave Zuma’s home in a rush. They are all convoying together. It is unclear whether the former president was in any of the vehicles. @SundayTimesZA @TimesLIVEpic.twitter.com/tjSCV1gkjn

Newzroom Afrika was reporting that roads were closed and there were “heavily armed police spotted at the Estcourt prison”, the newest correctional facility to have been built in KwaZulu-Natal.

If he doe go to to the Estcourt prison, it will be a more than two-hour journey. The R387m facility was opened in 2019 and has a hospital section, training centre, maintenance workshop, among others.

Comprising of two sections, the prison can accommodate just over 500 inmates.

The departure of the convoy came shortly after a private ambulance that was initially turned away from former president Jacob Zuma’s Nkandla homestead on Wednesday night was later allowed to enter through the main gates.

At about 10.30pm, the ambulance, with Daymed Medical Services branding, pulled up to the gates and was met by Zuma’s supporters.

After the driver pulled up to the gate, Zuma’s son, Edward Zuma, approached his window. In a conversation, part of which TimesLIVE was able to overhear, the driver said he was here “for Mr Zuma”, to which Edward replied: “Who sent you?”

A private ambulance #DaymedMedicalServicesattempts to get through the gates of Zuma’s home in #Nkandla. The driver tells Zuma’s eldest son, Edward, that he is here for his father. Edward sends the driver and the convoy away, saying someone must inform him first @TimesLIVE pic.twitter.com/XWNwcuRJaf

Edward quickly sent the ambulance away, saying he must be notified first. The ambulance then left the area.

However, about 30 minutes later arrangements were made for the ambulance to enter the property.

Earlier, Edward told journalists that his dad was “in SA” and was in good spirits.

Edward was leading the supporters at the homestead as the clock ticked towards the midnight deadline for police to arrest Zuma after his conviction for contempt of court last week.

Edward Zuma, the eldest son of former president #JacobZuma, says his father is on top of the world and is in South Africa @TimesLIVE@SundayTimesZA pic.twitter.com/BgT04Uypel

As the deadline loomed, Edward, who was brandishing a stick, instructed the handful of supporters gathered at the homestead to move vehicles and park them in such a way that they were partially blocking the entrance to the home.

He said that he had been told police were on their way from nearby Eshowe. However, he said that while the SAPS convoy might not be stopped en route, it would be stopped at the gate and not be allowed entry.

Earlier in the day Edward vowed that there would be bloodshed if his father was arrested.

Jacob Zuma in Isolation at Prison as per Covid-19 protocol