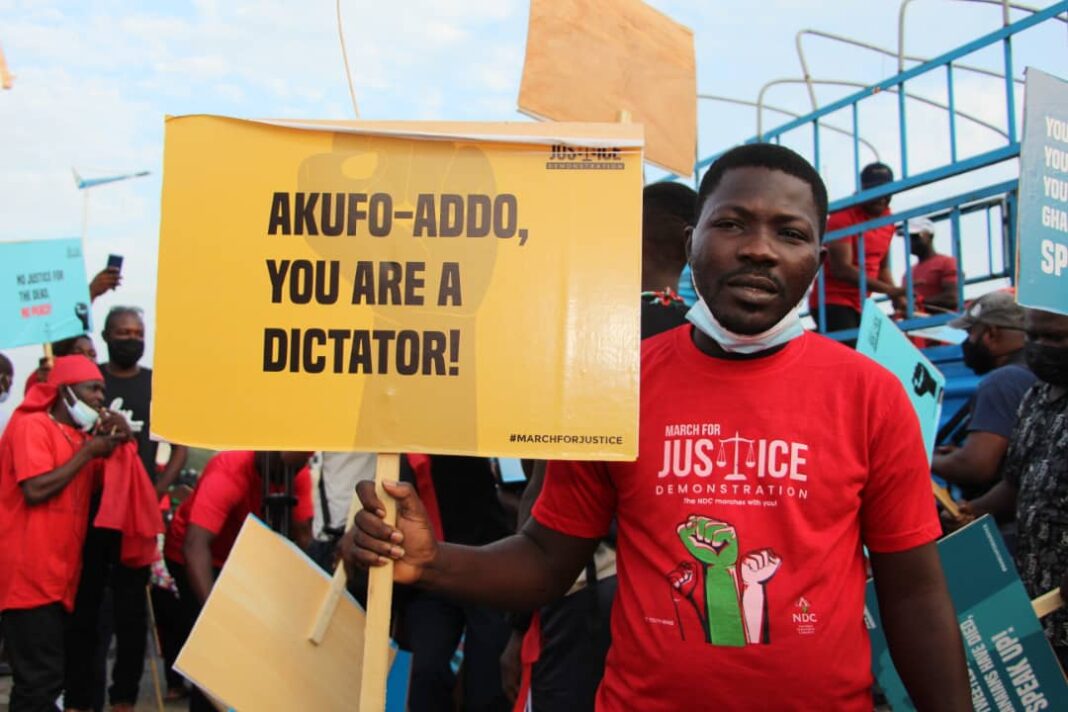 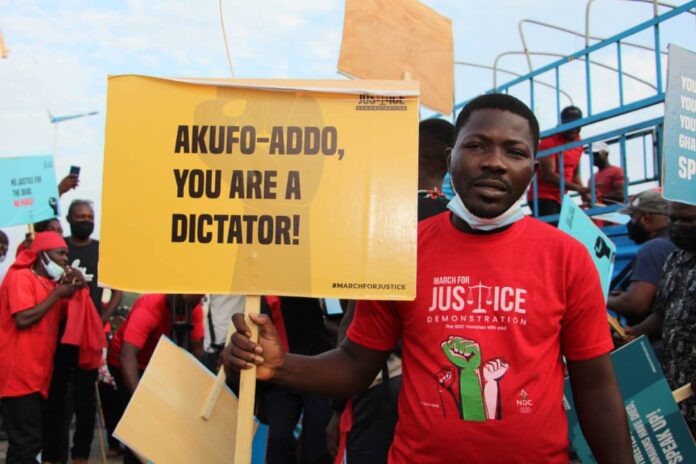 Members of the opposition National Democratic Congress have slammed President Akufo-Addo describing him as a “dictator” as they hit the streets of Accra to protest.

Supporters of the NDC are also decrying what they say is the growing injustice in the country under the leadership of President Akufo-Addo.

The party said the “march will also signal the beginning of public sensitization activities to compel the government to rid the security agencies of NPP hoodlums and misfits who have been recruited and are being used to terrorize innocent and peace-loving Ghanaians. The march will also be in solidarity with the silent majority of security personnel who are concerned about the undue politicization of recruitment and appointments to the detriment of professionalism and discipline”.

Meanwhile, the party’s General Secretary Johnson Asiedu Nketia has called on participants to observe the COVID-19 protocols as they press home their demands.

“As we march for justice tomorrow, in protest against the growing levels of insecurity, lawlessness and impunity under the Akufo-Addo/Bawumia government, it is important that we endeavour to observe all the necessary COVID-19 safety protocols in the interest of the health of protestors and the nation at large. 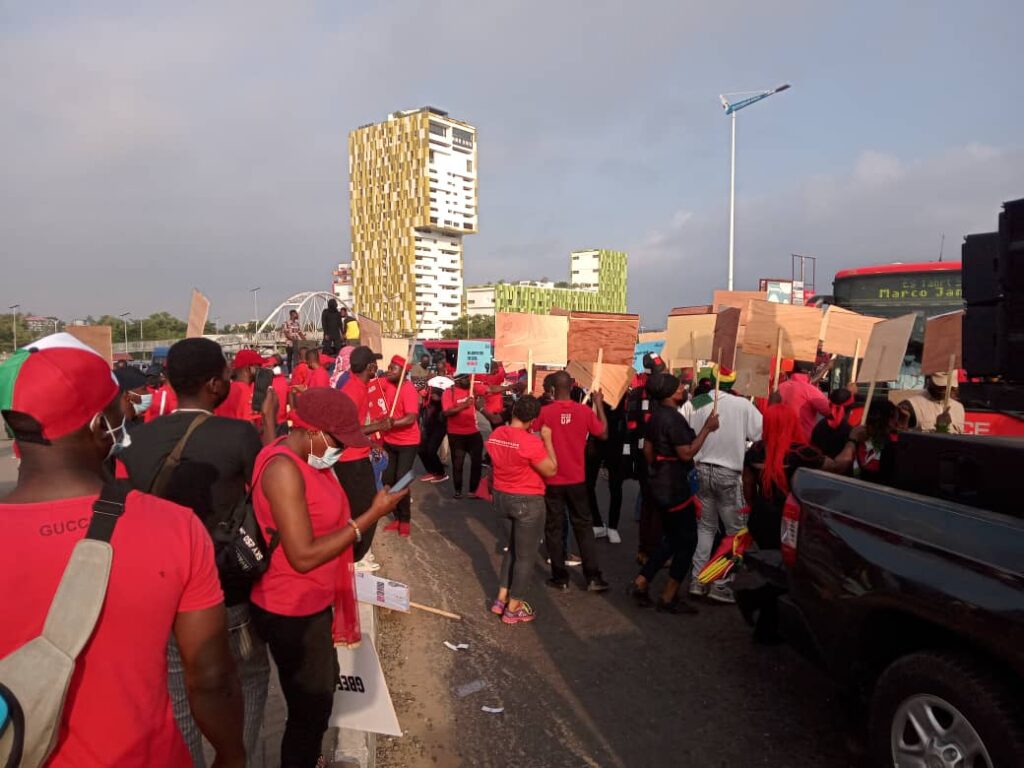 “This has become even more imperative, given the emergence of the deadly Delta Variant of the novel coronavirus in the country.

therefore wish to urge the Organizers of tomorrow’s demonstration to ensure strict adherence by all protestors to the following precautionary guidelines:

“All protestors should endeavour to wear face masks throughout the march. That is, from the converging point to the end-point,” he said in a statement on Monday.

It added: “Social distancing at arm’s length between rows of protesters should be maintained at all times throughout the march and physical contact avoided as much as possible.

NDC to ‘march for Justice’ today