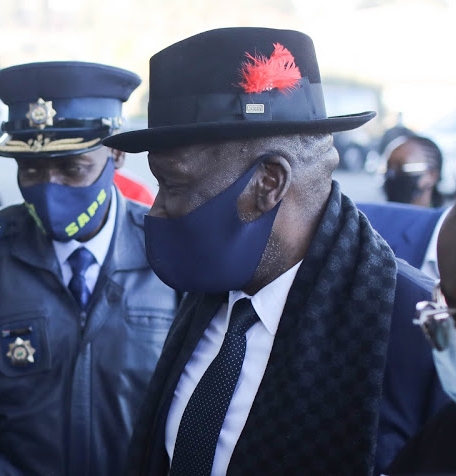 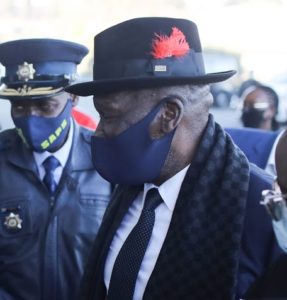 In a last-ditch effort to avoid arresting former president Jacob Zuma, the police have written to the Constitutional Court saying they will not enact the order pending the outcome of legal challenges to the apex court’s ruling — unless the court directs them otherwise.

The court last week imposed a 15-month sentence on Zuma for him having defied an order of the court to testify before the state capture inquiry.

BusinessLIVE reported that, in the letter — authored by a state attorney representing police minister Bheki Cele and police chief Gen Khehla Sitole — the pair said the police would “out of respect of the unfolding litigation”, hold their actions on the top court’s order to arrest the former president until Zuma’s litigation in the Constitutional Court is finalised — unless directed otherwise by the acting chief justice, Raymond Zondo.

The letter was attached to Zuma’s court papers in the Pietermaritzburg high court, where his urgent application to stay the execution of his arrest is due to be heard on Tuesday.

The concluding paragraph of the letter reads: “We trust you find the above in order and our clients [Cele and Sitole] will be bound by any direction which the honourable court may issue pursuant to our clients’ intention to hold any steps in abeyance as indicated herein.”

On Friday, Zuma launched two court cases to try to avoid the Constitutional Court’s order against him. The highest court ordered that he was in contempt of court for breaching its earlier court order to appear before the state capture commission and give evidence as per its summons and sentenced him to 15 months in prison.

One of Zuma’s cases was launched in the Pietermaritzburg high court and the other was in the Constitutional Court to rescind its judgment. That matter is due to be heard on July 12.

The country’s highest court ordered that Zuma should report to police within five calendar days of its judgment last week Tuesday, failing which Cele and Sitole “must” take all reasonable and lawful steps to ensure compliance, so that Zuma would “immediately” begin his term behind bars.

The letter, filed late on Monday, comes hours after Cele made public undertaking that the police would comply with the order by Wednesday, confirming an earlier Business Day story.

During a vaccination drive in Soweto, Johannesburg, on Monday morning Cele alluded to the “clarity” he and Sitole sought with regard to executing an order from the Constitutional Court.

“When we were given the instruction there were no other legal activities taking place,” Cele said.

However, he added, the police ministry and the commissioner had sought clarification on whether to wait for the court activities Zuma launched, or to continue with the present order.

Yet another D-Day for Jacob Zuma in high court today