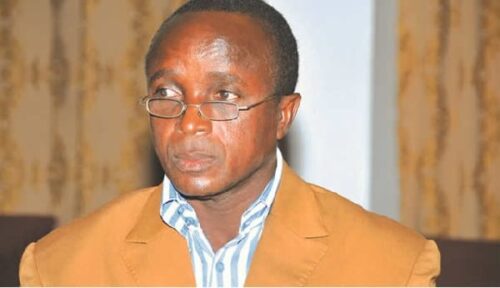 The family of Abuga Pele, the former Member of Parliament for Chiana Paga who was granted presidential pardon, has expressed appreciation to President Nana Addo Dankwa Akufo-Addo and the government for the gesture.

Abuga Pele was sentenced to six years in prison for causing financial loss to the state during his time as the National Coordinator of the then Youth Employment Agency, GYEEDA.

According to sources, he was pardoned by President Akufo-Addo after several appeals from his family on health grounds.

“At least for now, we can smile that our brother has been released. All we can say is that we thank all those that contributed to bringing our brother out of jail especially the president and for him to reconnect the family. We are really very grateful.”

What led to his sentencing?
Abuga Pele and Philip Akpeena Assibit, from 2014, stood trial for committing acts that led to the loss of GH¢4.1 million to the state.

The prosecution claimed that Pele, who was the National Coordinator of the agency when it was known as the National Youth Employment Programme (NYEP), entered into a contract with Assibit to engage in activities that did not inure to the benefit of the state.

The facts of the case, per the prosecution, are that in 2010, Pele entered into a memorandum of understanding (MoU) with the GIG, represented by Assibit, without any “recourse to the then sector Minister of Youth and Sports, Akua Sena Dansua, or the Attorney General’’.

Between May 2011 and May 2012, the prosecution said, Assibit made a number of payment claims for consultancy services ranging from “the provision of exit programmes for the NYEP to the provision of financial engineering services’’.

Assibit, the prosecution said, claimed his services led to the NYEP securing a World Bank facility of $65 million and also helped the agency to recruit 250 youth to support the implementation of what was known as the Youth Enterprises Development Programme.

The prosecution added that in August 2012, investigations revealed that Assibit was paid an additional “GH¢835,000 under the guise of what was referred to as tracer studies for the World Bank.”

Abuga Pele had always stated that he was only used as a scapegoat by the previous NDC government, whiles the real culprits were made to walk free.

The former MP was slapped with a lower sentence because the court held that there “was no evidence that he benefited from the proceeds of the crime.”

This was after Pele’s lawyers pleaded for leniency.