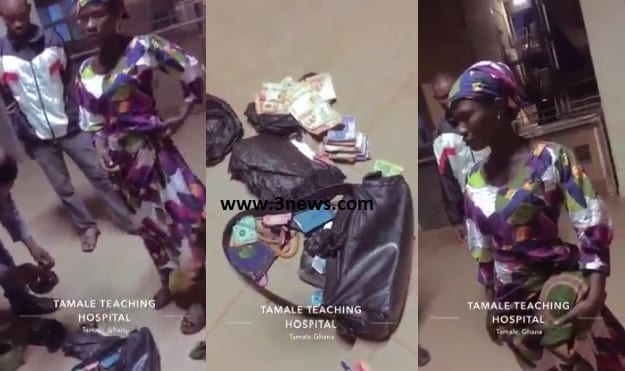 A video in the possession of MyNewsGh.com, staff of the Tamale Teaching Hospital had arrested a baby thief.

According to the video, the lady was found at the genecology department of the hospital and when probed she admitted she was at the hospital to steal a baby.

She said she had been paid GHC 10,000 to steal a baby but did not mention who she was doing the job for.

A thorough search on her confirmed that she had GHC 10,000 on her which is the payment for the job she came to the hospital for.

The lady is said to have been sent to the Police for further investigations to be conducted into the issue and finality reached.

Baby harvesting has been one of the worrying ventures in Ghana’s Health sector.

A few months ago, some Doctors and Health workers were exposed for selling children at some health facilities especially Greater Accra Region.