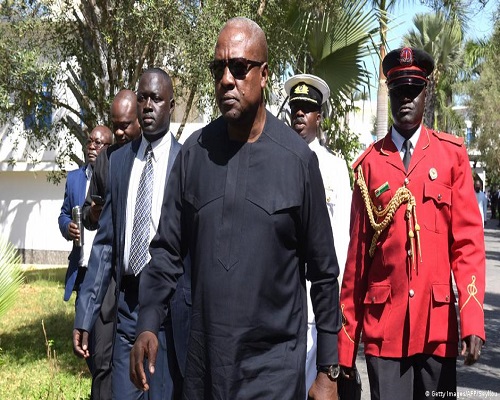 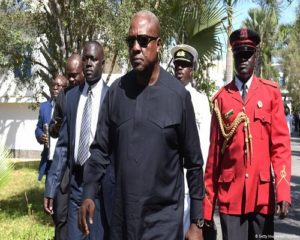 A social media user has shared a heartwarming video of the former president, John Dramani Mahama, cutting short his trip to the Ho Airport, to show concern and offer help to some victims of a motorbike accident.

In the video, the former president is bent over the victims – who are laying on their backs on the grass, trying to chat with one of them even as he helped to release pressure on his stomach by unzipping his jacket.

“Lie down flat,” he calmly says to rider.

After raising his head, he asks the onlookers, “Have you called an ambulance?” before turning to attend to something to his left.

The video, from Eugene O’Brien @eclocks23, was captioned, “God bless President John Dramani Mahama. On his way to the Ho Airport, he saw a motorbike accident.

“Being a natural born leader, he stopped his convoy and helped the accident victims. ❤️❤️”

Source: www.ghanaweb.com
Related Topics:ACCIDENTCUTSHELPJohnmahamashortTOTRIPVICTIM
Up Next