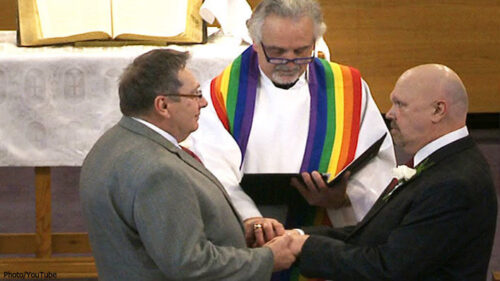 The United Kingdom congregation of the Methodist Church has today become the largest religious denomination in the country to give its blessing for the solemnization of same-sex marriages.

This was announced by the church this past Wednesday, a report from sammykaymedia.com has stated.

This means that the church will henceforth, allow for such marriages to take place on its premises.

This followed debates on the topic at the Methodist Conference in the UK where a majority 254 votes were cast in favour of the proposal, as against the 46 who voted against it.

Speaking on the matter, and also to dispel the confusions people especially in Ghana and other parts of Africa have had after the news broke, a Methodist Church pastor whose name has not been identified, has offered some clarifications.

He explained that being autonomous conferences around the world, the decision of the UK church is not binding on them.

“What we need to understand is that all these other conferences: Ghana, Nigeria, United [Kingdom] Methodist Church, the US, every other place, are autonomous churches and are on their own. And, as much as the decision of the British Methodist church may be tied on all other Methodists, the truth is that the decision they have made is not binding on any Methodist Conference.