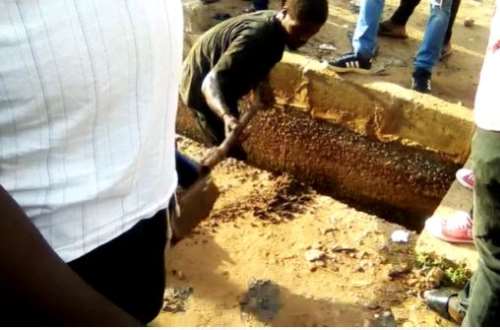 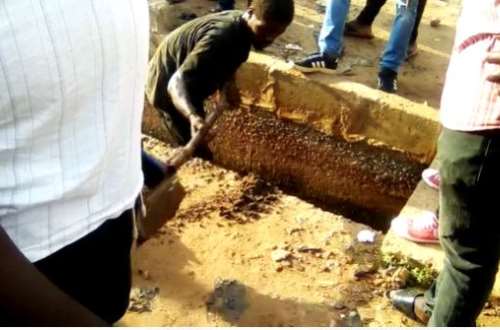 A man believed to be in his ’30s has ben arrested at Mankessim in the Central Region for stealing car spare parts and forced to desilt gutters in the area where he stole.

The suspect is said to be fond of stealing car spare parts in Mankessim and its environs and has been in police custody several times.

He was arrested and beaten by residents and fastened to a lightpole from 3:30 am to 8:00 before he was untied and ordered to clean chocked gutters in the area.

The suspect was later handed over to Mankessim Police for an investigation.