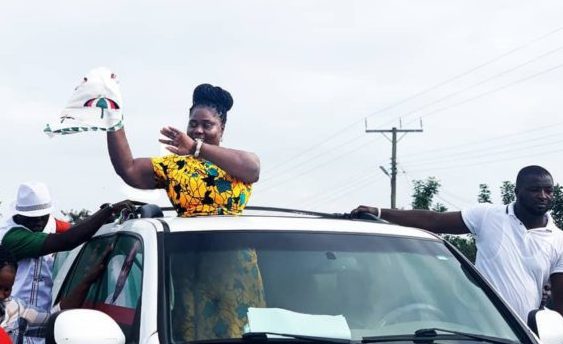 The order by a Sekondi High Court judge, Justice Dr Richmond Osei Hwere, asking the Jomoro Member of Parliament (MP), Dorcas Affo-Toffey, to produce copies of her certificate renouncing her Ivorian citizenship, has been challenged.

Lawyers for the MP have filed an appeal at the Court of Appeal in Accra arguing that the judge erred in making such orders.

The MP stands accused of perpetuating illegality by contesting the 2020 parliamentary election when she has multiple citizenships.

She has denied the allegations as made by Joshua Emuah-Kofie who petitioned the High Court over her eligibility.

The court at its hearing on June 22, 2021 based on an argument by lawyers of the petitioner to have the respondent to produce documentary evidence of her renounced citizenship to Ivory Coast, ordered that such be done within 10 days.

In a writ filed on June 29, 2021, lawyers of Mrs Affo-Toffey are appealing to the court to quash the orders by Justice Dr Richmond Osei Hwere.

Furtherance to their appeal, they indicated that the High Court judge erred in law by assuming that evidence of renounced citizenship could only be documentary.

‘Soldiers are paid to shoot to kill not control, disperse protesters’ – Nunoo-Mensah