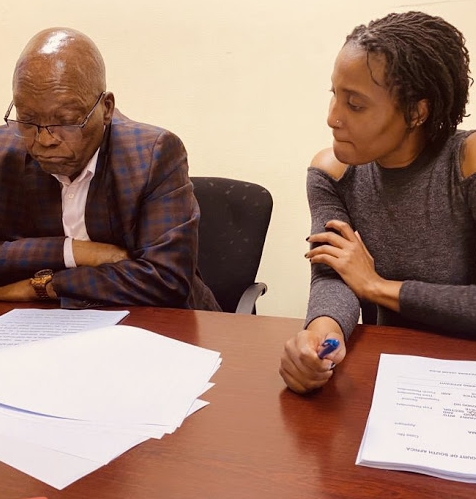 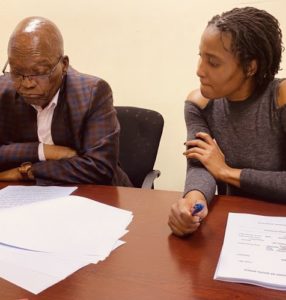 Former president Jacob Zuma is filing papers in the ConCourt in an attempt to avoid being jailed.
Image: Dudu Zuma-Sambudla/Twitter

In a last-ditch attempt to save himself from prison, former president Jacob Zuma will file court papers at the Constitutional Court on Friday.

Two independent sources have confirmed Zuma briefed advocate Dali Mpofu and would be filing his papers to the highest court on Friday — an application for rescission of judgment, said one source.

On Tuesday the Constitutional Court ordered Zuma was in contempt of court and must submit himself to be taken into custody by Sunday. On Wednesday, acting deputy chief justice Sisi Khampepe signed a warrant for his committal.

The contempt order was for failing to comply with the ConCourt’s order in January that the former president appear at the state capture inquiry to give evidence as per the inquiry’s lawful summons. When the inquiry summoned him in February he did not attend.

To: ALL MEDIA and the People of South Africa.
President Zuma will definitely address the nation this weekend. pic.twitter.com/HAhi8DbCXM

When the ConCourt directed him to make submissions on what would be an appropriate penalty if it decided to hold him in contempt, he refused and characterised his stand as a conscientious objection.

An order of the Constitutional Court may not be appealed. However, the rules of the ConCourt incorporate some rules of the Uniform Rules of Court, which apply to all other courts.

Rule 42 says a court may “rescind or vary an order or judgment erroneously sought or erroneously granted in the absence of any party affected thereby”.