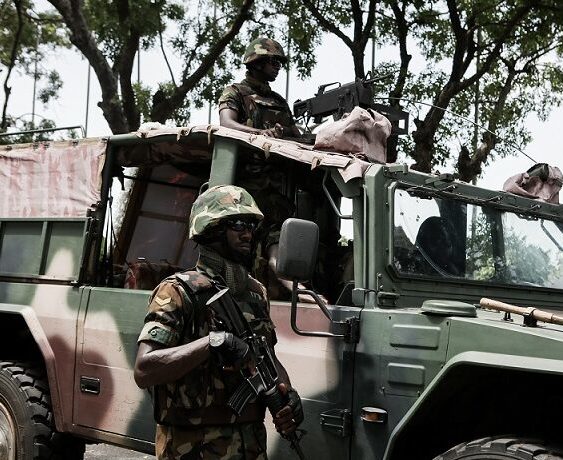 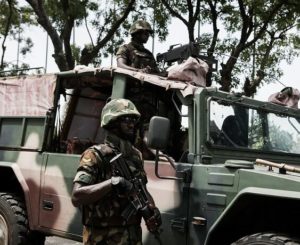 Soldiers take part in a military procession for Major Maxwell Adam Mahama’s state funeral on June 9, 2017 in Accra. – Off-duty soldier Maxwell Mahama was beaten and burnt to death near the central city of Kumasi on May 29, after locals mistook him for a robber because he was wearing sports clothing and carrying a pistol. Mahama was laid to rest with full state honours, in a case that has sparked fears about the “growing menace” of mob justice. (Photo by Ruth McDowall / AFP)

Some military personnel have brutalised some residents in Wa in the Upper West Region over a missing phone.

The soldiers reportedly brutalised people on the streets at random whilst looking for the missing phone.

They allegedly seized mobile phones, tricycles, and other valuables belonging to the public.

Those injured in the attack included a worker at the Upper West Regional Coordinating Council, Cletus Awuni.

Meanwhile, independent checks by GhanaXtra.Com indicate that a tricycle driver allegedly stole a mobile phone belonging to one of the military personnel leading to the attack by the soldiers.

The police have moved in to restore calm at the time of filing this report.