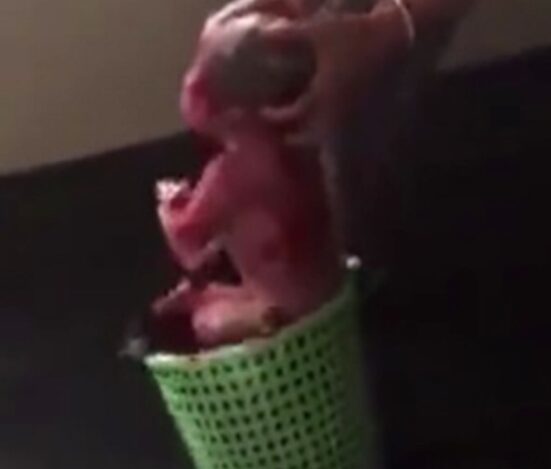 Residents of Bremang in the Ashanti Region were thrown into a state of shock on Friday when they discovered a newborn baby found abandoned in a bin at a toilet facility covered with tissue.

The baby girl was found wrapped and dumped in a bin in the facility shortly after it was delivered.

A lady who visited the toilet early morning chanced on the bizarre incident and dragged it out.

The runaway mother is said to have gagged the baby girl with tissue paper and left her to die.

An eyewitness, Oheneba Kwabena Gyebi, said, the “good Samaritan” heard its cries from inside the public toilet and drew people’s attention to it.

The timely intervention of the passerby and other members of the community saved the child from dying.

Meanwhile, the Bremang Police Command has commenced investigations into the matter.